View of the city from Austin Street and 11th Street, 1886. The water tower was used by the local fire department and the fourth county courthouse is visible on the horizon. Georgetown, the county seat for Williamson County. Many businesses, Southwestern University, and the railroad have contributed to Georgetown’s growth. Georgetown was home to Jessie Daniel Ames, state president of the League of Women Voters and anti-lynching advocate.

A special thanks to the Georgetown Heritage Society now known as "Preservation Georgetown" for letting us use these videos.

The city of Georgetown is named after

A story relayed to historians - Washington Anderson, tells of Georgetown’s beginnings. Anderson and the four other men assigned the task of locating a county seat were enjoying a brief respite under a large oak tree, when Anderson’s cousin and prodigious landowner, George Washington Glasscock, Sr., (view photo) rode upon his mule. Sensing a quick solution to their task, Anderson spoke up, “George, if you’ll give us all the land between here and the San Gabriel River, we’ll make this the county seat and name the town after you.”

His cousin agreed, promptly donating 173 acres, with his partner Thomas B. Huling. Georgetown Texas is the county seat of Williamson County which was formed on March the 13th in the year of 1848. After the early settlers petitioned the State Legislature to create it out of Milam County. But for Three-Legged Willie the county could have been named "San Gabriel" county. It was finally named after Robert M. Williamson aka Three-Legged Willie a Texas statesmen and judge at the time.

Richard E. Talbot, born in Cambrigde, NY, 17 June 1816, of Irish immigrant parents. He came to Texas with his wife and children in 1850's to join brothers Elias and Joseph Talbot. Richard 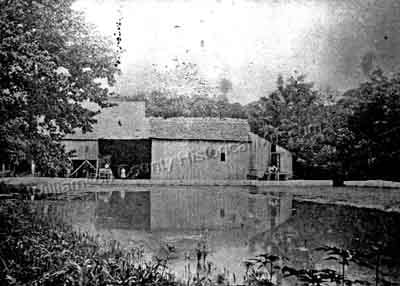 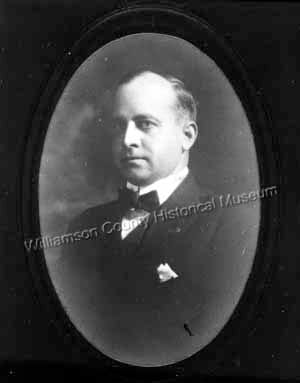 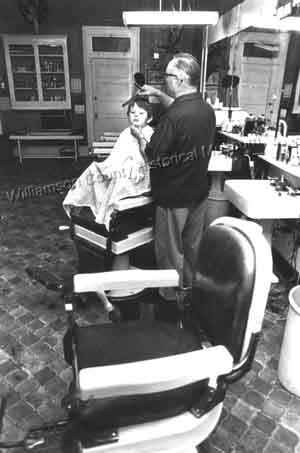 The original St. Johns United Methodist Church and cemetery of Georgetown in 1900. The congregation moved to 311 E. University Ave in Georgetown 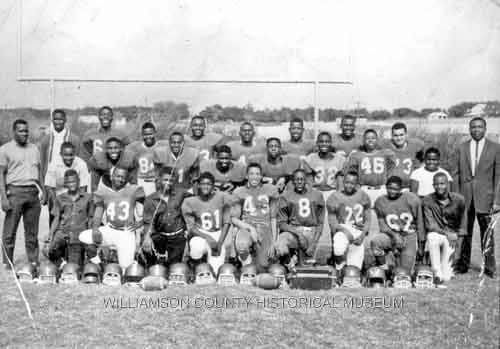 Anna Louise Trowbridge Talbot, wife of R.E. Talbot, lived between Circlleville and Jonah, Texas. Came to the area in 1853. Brother of Joseph Talbot of Taylor, Texas and brother of Elias Talbot, merchant in Georgetown, Texas. Was friend of Sam Houston, ca.1854 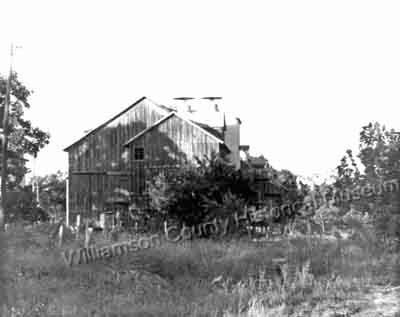 Georgetown Light and Water Works
circa 1911

403 W. 9th
view History on
LISTED IN THE NATIONAL REGISTER

Historic Georgetown Photographs Most photos are thanks to the Heritage Society

Historical Makers And Cemeteries Of Georgetown

for this slice of history

Links for more history and images of older homes and buildings