the History and Images of Williamson County Cites, Towns and long lost Communities

by The Handbook of Texas Online

cities and towns of Williamson County

The exhibit focuses on the communities and towns across the county. Photographs and statistics from towns such as Liberty Hill, Jarrell, Taylor, and Cedar Park depict the people and places of Williamson County’s history. Come to the museum and see the new exhibit. 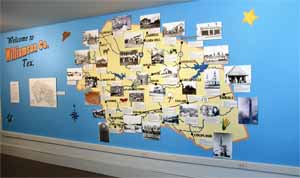 The stars on the flag surrounding the state of Texas represent the thirty-three viable communities identified by Clara Stearns Scarbrough in her 1973 book, Land of Good Water. In 1970, these communities ranged in population from twenty people in Norman’s Crossing to more than 10,000 residents in Taylor. It is difficult to establish how many communities exist in Williamson County today because the determination of “community” is subjective and without set criteria. However, in Williamson County in 2004, there were eleven towns with populations of over 1,000 people and seven towns with populations above 5,000.