Austin and Northwest Railroad steam engine pulling 18 flat cars of pink granite destined for use in the construction of the State Capitol. On a steep, curving decline, the granite blocks were lost over the edge of the trestle into Brushy Creek. The granite slabs still remain in the creek bed.

The first white man’s settlement in the part of Texas that would become Williamson County was the Blockhouse Tumlinson fort built between present day Cedar Park and Leander in 1835/36. Steps were cut into this oak tree to be used as a “lookout” but the tree died several years ago. Texas Centennial Marker 1936. 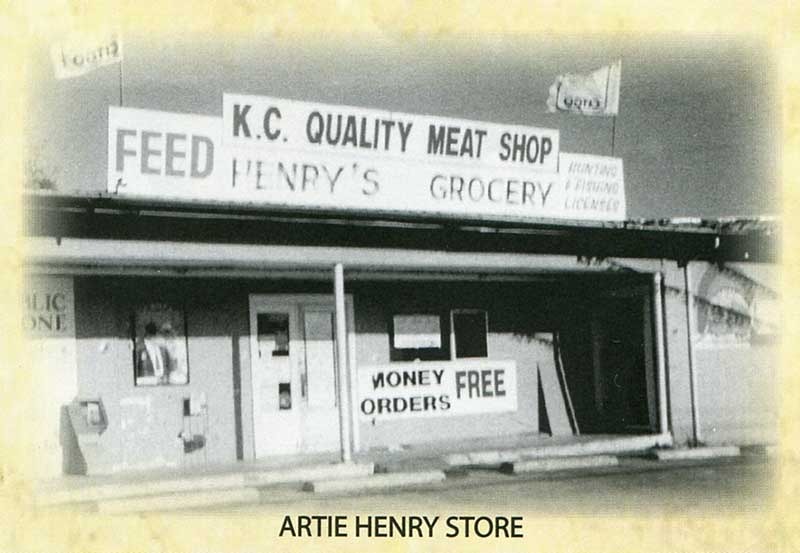 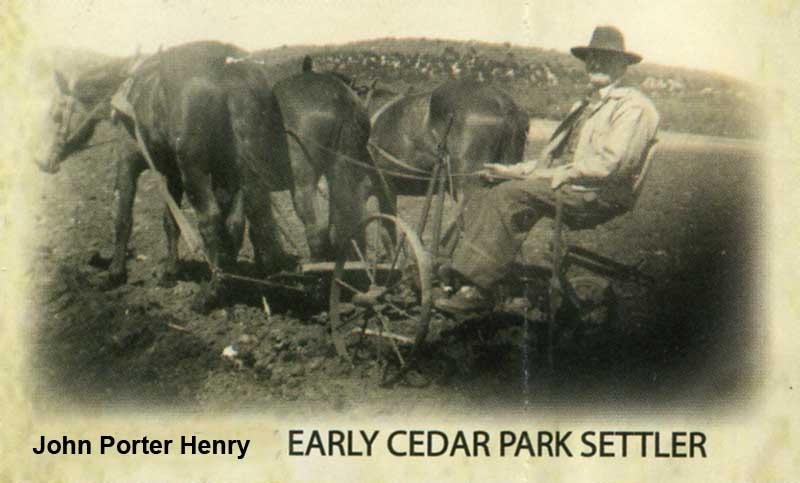 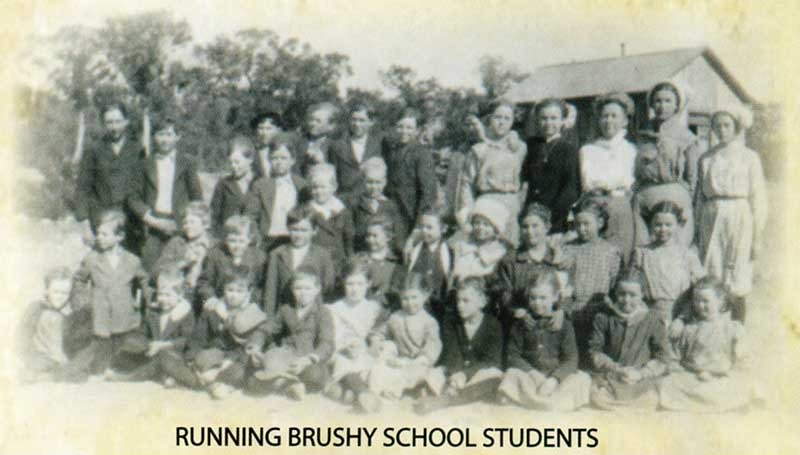 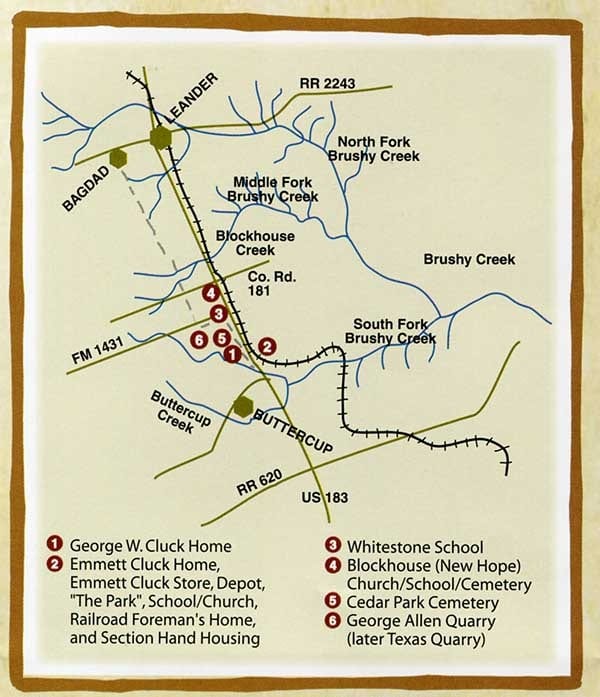 In 1873, George and Harriet (Standefer) Cluck purchased a large amount of land in this area, which they found to be rich in cedar trees and limestone. Their ranch and home became the central point around which the Cedar Park community developed.

A Post Office was established in 1874 and was named Running Brushy. Harriet Cluck served as an early Postmistress. When the railroad came through Running Brushy in 1882, the community's name was changed to Bruggerhoff to honor a railroad official. Five years later, the current name was adopted.

Cedar Park was the scene of much growth and activity during the latter years of the nineteenth century. A community school and the church building was constructed, and by 1892, a landscaped park had appeared along the rail line. George Cluck noticed the increasing popularity of barbed wire and opened a cedar yard in which he made and sold cedar posts.

Cedar Park did not see much growth during the first part of the twentieth century, and by 1960 nearly all traces of the earlier community had disappeared. During the 1970s, however, the growth of Austin led to a population increase in this area, also, and the city of Cedar Park was incorporated in 1973.

Leaner grew from the once-thriving town of Bagdad, founded in 1854 (1 mi. W). when the Austin & Northwestern Railroad bypassed Bagdad in 1882, a new town was surveyed and named for railroad official Leander Brown (1817-89). Homes and businesses from the older community quickly moved to the new site along the rail line. The post office was brought here from Bagdad in 1882. The school started here in 1893 has grown into the largest school district in Williamson County. Originally in a rural area, Leander had boomed in recent years due to Highland Lakes' development.

Although Baptist worship services may have been conducted in this area as early as 1848, this church was not formally chartered until 1868. On October 22 of that year the organizational meeting was held in the home of James M. and Elizabeth Trammell, pioneers of the rural Block House community. Six charter members formed the New Hope Missionary Baptist Church of Christ, and the Rev. Thomas F. Bacon was chosen to serve as the first pastor. The church cemetery was first used in 1869 for the burial of Martha Elizabeth Inman, the wife of deacon S. C. Inman. Other marked gravesites include those of settlers who were prominent early leaders of the church and community. For over a century the New Hope First Baptist Church has been instrumental in the development of the Cedar Park area. From 1871 until 1919 the church building was also used for the public school. Pastors have included such leading Baptist ministers as missionary J. E. Hamilton, who died in Brazil of yellow fever, and the Rev. D. E. Simpson, board member and first treasurer of the Texas Baptist Children's Home, who was baptized and ordained here.

George W. and Harriet Cluck settled in this area with their family in the early 1870s, soon after they returned from a cattle drive on the Chisholm Trail. They built a log home and were instrumental in the community's development. In 1901, upon the death of their infant grandson, Emmett A. Cluck, the couple set aside land on their farm for a family burial ground. The family graveyard became a community cemetery and was formally deeded as such in 1912. George and Harriet Cluck are buried here, along with many family members and neighbors.

Neighbors living in a scattered settlement along Cypress Creek known as Cypress neighborhood joined together to establish a school for their children in the 1860s. A small log schoolhouse was built on a hilltop above the creek. By 1877 the students had outgrown the first school, and a new one-story wood frame building was erected on the same site. Students attending the one-room school were taught by one teacher. The school continued in operation until 1937. In 1987 a new Cypress school was built here by the Leander Independent School District. (1987)

In 1983 TX-DOT archaeologists found one of the oldest and most complete prehistoric human skeletons while building RM 1431 connecting Cedar Park with Round Rock and Interstate 35. They named her the Leanderthal lady after nearby Leander (because it rhymed well with Neanderthal) even though the find was nearer to Cedar Park.

John (Jack) Champion (1817-1908) was a native of York County, South Carolina. He moved to Texas by 1850, the year he and Naomi Jane Standefer (1834-1862) were issued a marriage license in Williamson County. In 1854, Champion bought more than 200 acres at the headwaters of Brushy Creek. He later served in the Civil War and, briefly, as County Sheriff. The grave of Naomi, the mother of seven of Champion's nineteen children, is the oldest of the four marked graves in the pioneer family's cemetery. Surveys indicate the presence of at least five unmarked graves. Historic Texas Cemetery - 2002 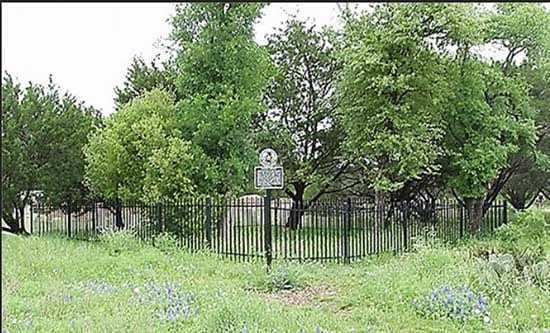 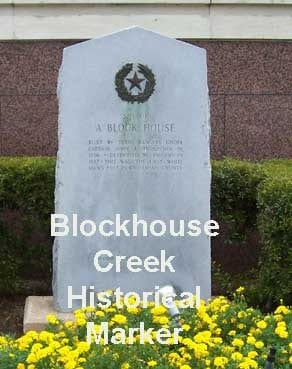 View Built by Texas Rangers under Captain John J. Tumlinson in 1836. Destroyed by Indians in 1837. This was the first white man's post in Williamson County.

Location: At the entrance of Block House Creek subdivision off of Highway 183 (east side of the highway). 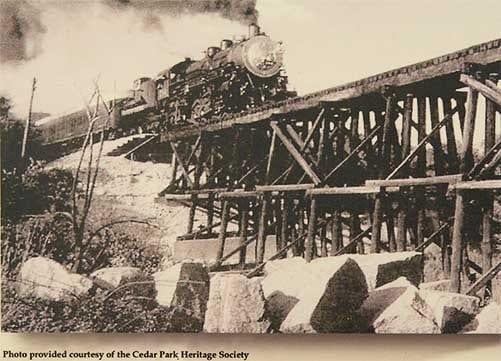