SHILOH, TEXAS (Williamson County). Shiloh is at the intersection of Farm roads 112 and 486, twelve miles southeast of Taylor in southeastern Williamson County. In 1856 a Baptist church was founded not far from the site, and a schoolhouse, called Eckman School, was built near the church before 1892. The Eckman School had seventy-three pupils in 1903 and was consolidated with the Taylor system in 1949. The church was moved in 1908 to the present site of the community. Shiloh also had a store, which closed in the late 1960s. Shiloh Baptist Church received a historical marker in 1968. The community consisted of a church and a collection of scattered residences in 2000. 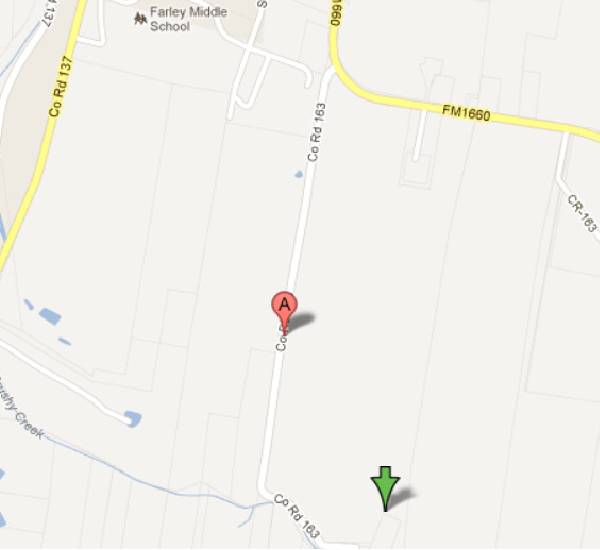 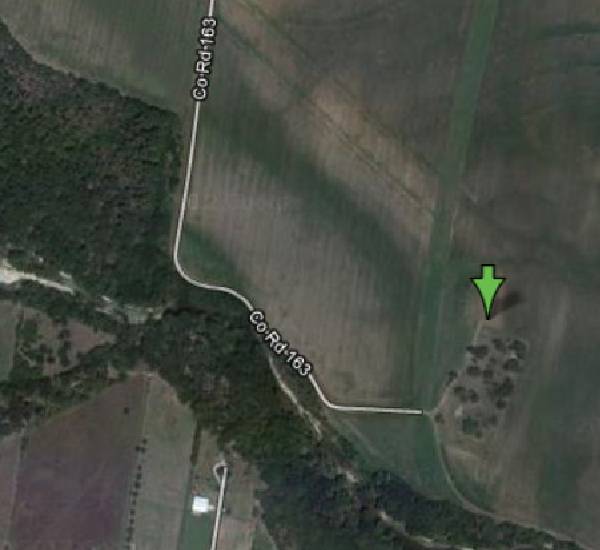 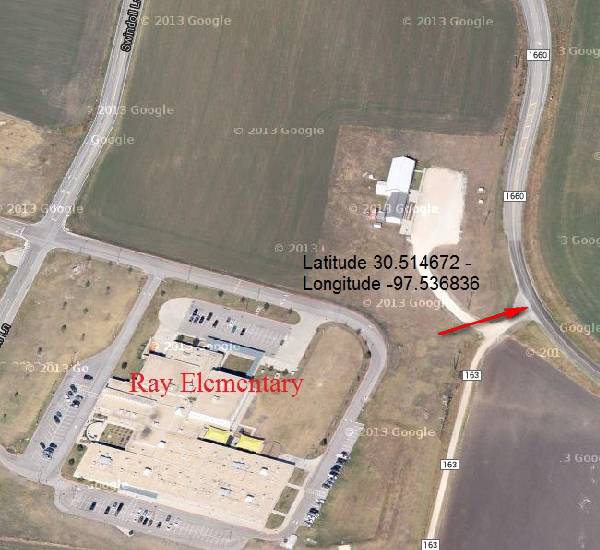 The Shiloh-McCutcheon Cemetery Association and The Daughters of the Republic of Texas would like to thank you for coming to share in the dedication of this Texas Historic Cemetery Marker and the memorial medallions placed on William and Elizabeth Jane Harrell McCutcheon's headstone. It is an honor to our ancestors and the lives they lived. 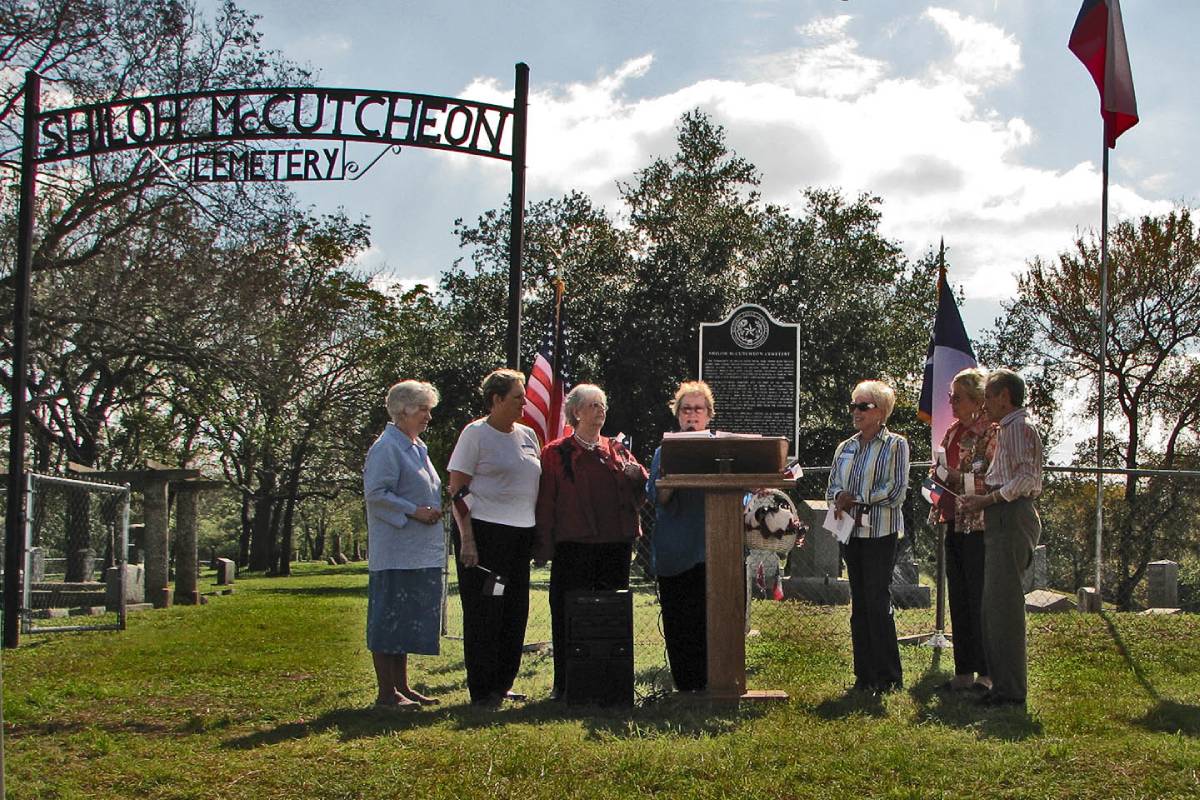 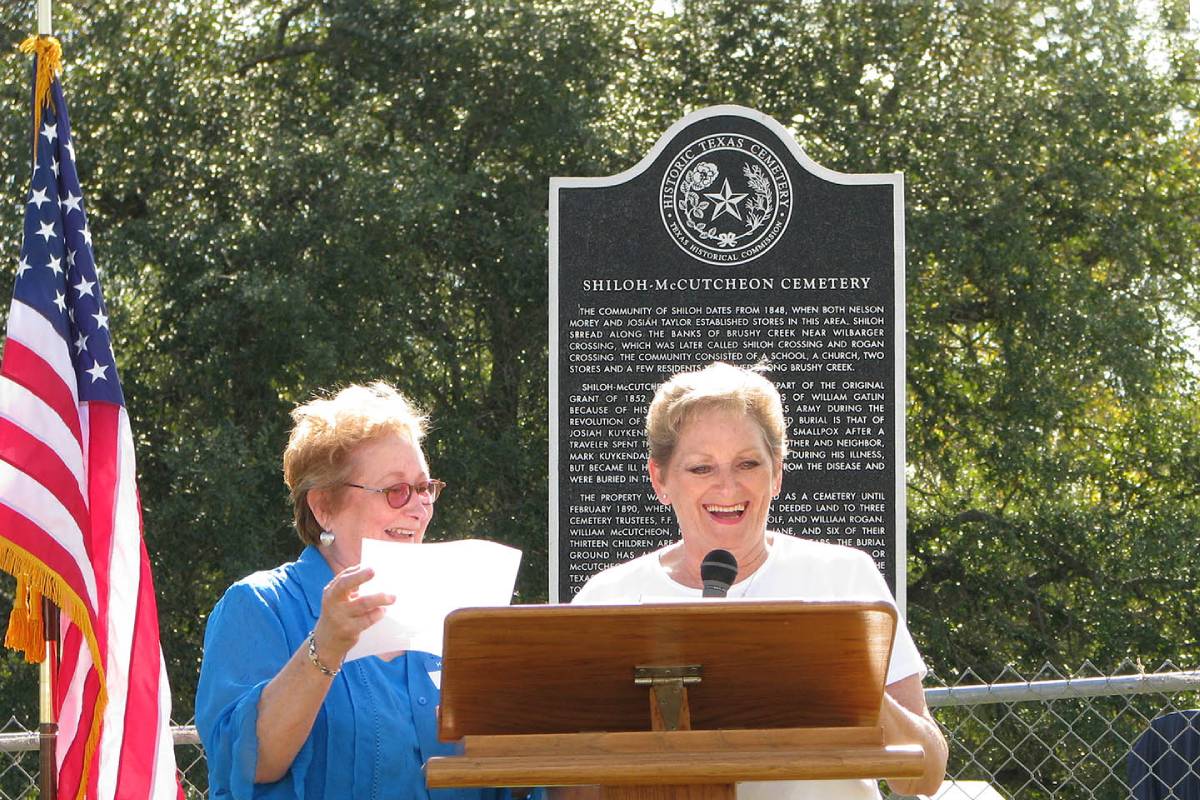 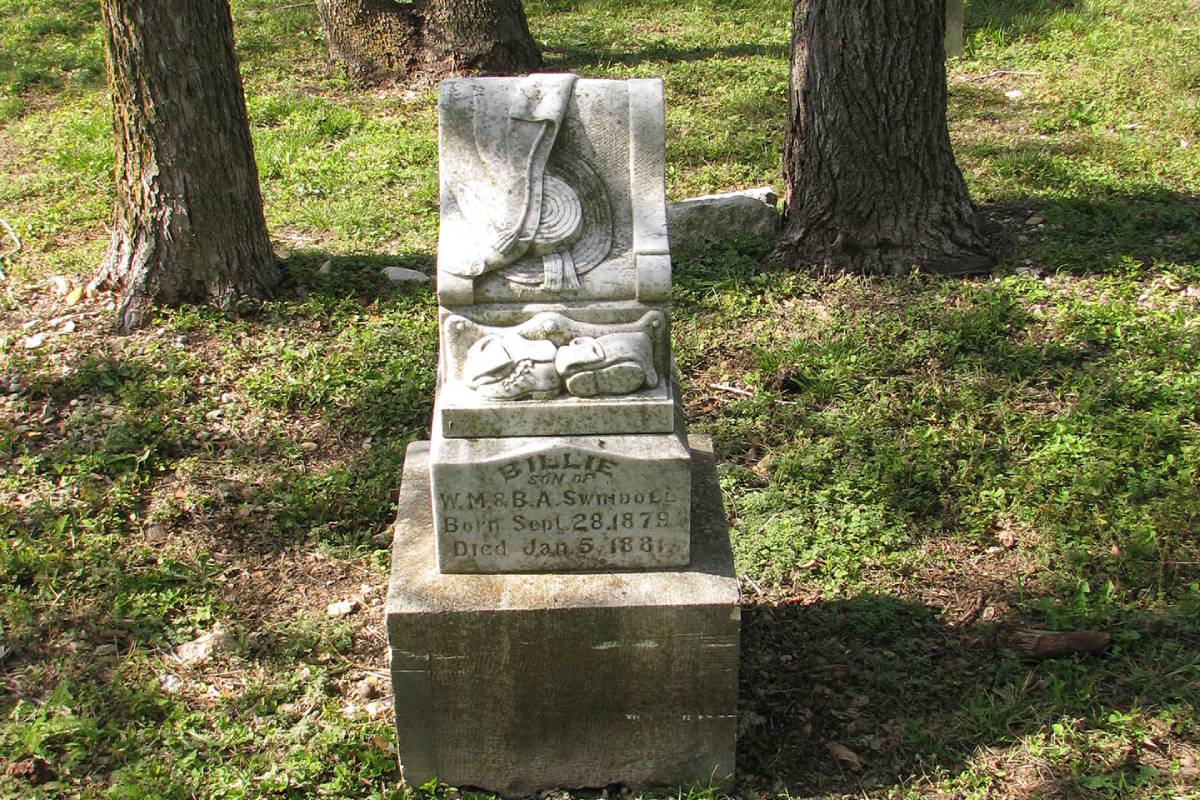 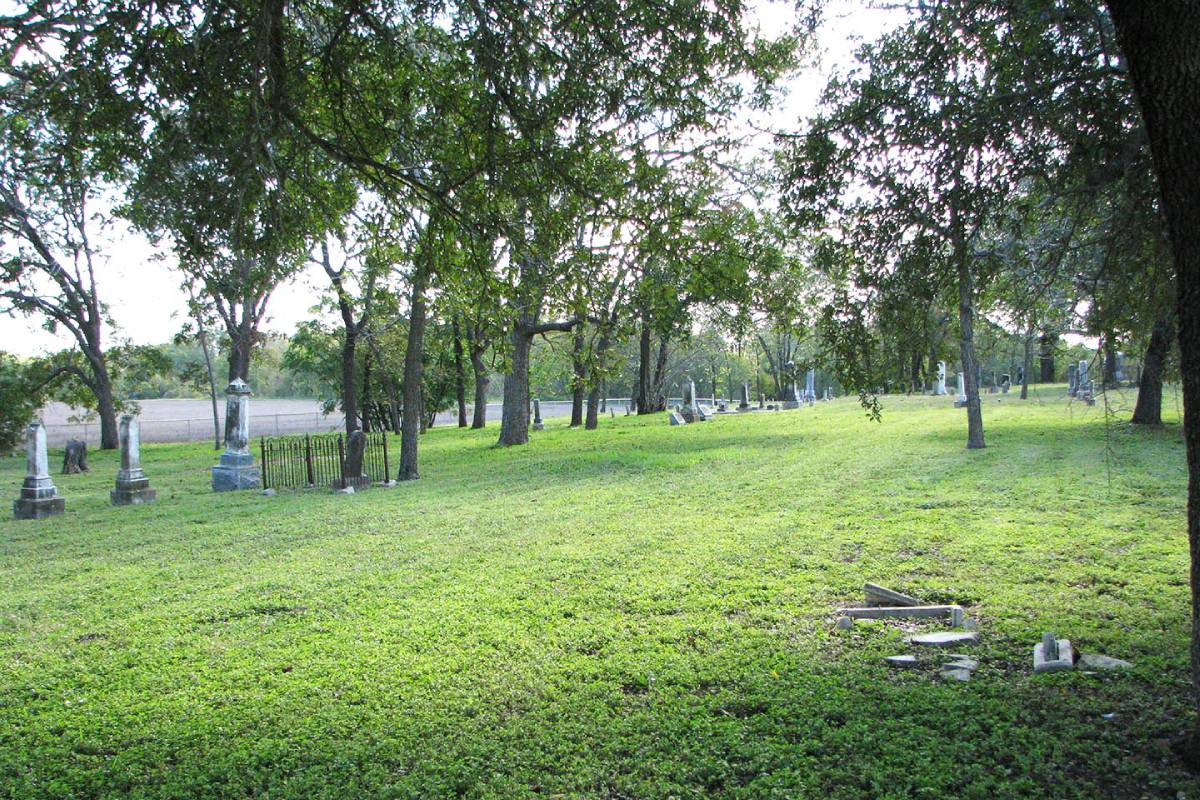 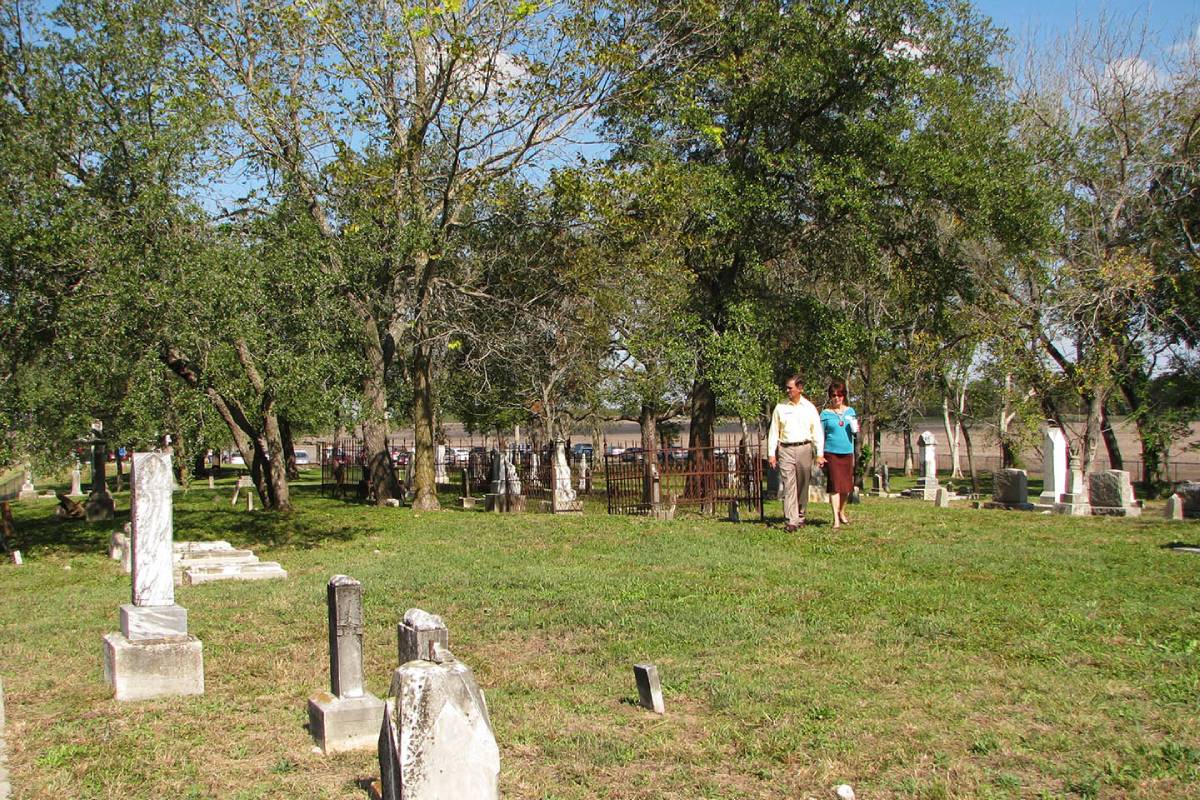 The community of Shiloh dated from 1848 when both Nelson Morey and Josiah Taylor established stores in the area. Shiloh spread along the banks of Bushy Creek, new Wilbarger Crossing, which was later called Shiloh Crossing and Rogan Crossing. The community consisted of a school, a church, two stores, and a few Residents who lived along Brushy Creek.

Shiloh McCutcheon Cemetery sits on the part of the original grant of 1852 acres issued to the heirs of William Gatlin because of his participation in the Texas Army during the Revolution of 1835-1836. The first recorded burial is that of Josiah Kuykendall, who became ill with smallpox after a traveler spent the night at his home. His brother and neighbor, Mark Kuykendall, came to care for Josiah during his illness but became ill himself. Both brothers died from the disease and were buried in the cemetery in 1853.

The property was not officially deeded as a cemetery until February 1890, when William McCutcheon deeded land to three cemetery trustees, F. F. Farley, Green Randolph, and William Rogan. William McCutcheon and his wife Elizabeth Jane and 6 of their thirteen children are buried here. Through the years, the burial ground has also been known as Shiloh, Old Shiloh, or McCutcheon Cemetery. Burials at the site include veterans of the Texas Revolution, Civil War, World War I, World War II. Due to the density of burials, interments are now restricted to the ashes of descendants of those already interred at the site.

Marker is Property of the State of Texas