Marker Text
Moravian immigrant Johann Neusser came to Texas in 1872 and settled in Fayette County. In 1881, he and a number of fellow immigrants moved their families to this area. The Georgetown and Granger Railroad Company built a line through Neusser's land in 1890, and soon a general store and dance hall were built on the rail line. Initially surveyed as Keliehor for another area landowner, the community officially was named Neusser in 1892 when a post office was established. The construction of a depot in nearby Granger led to the demise of Neusser by the early 1900s. 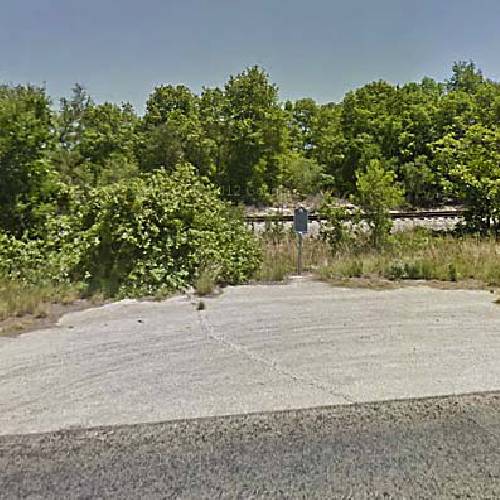 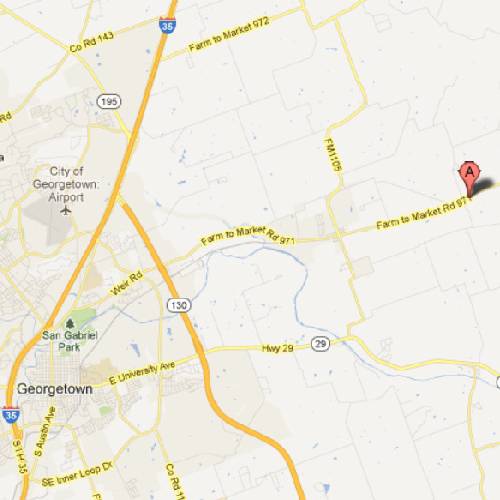 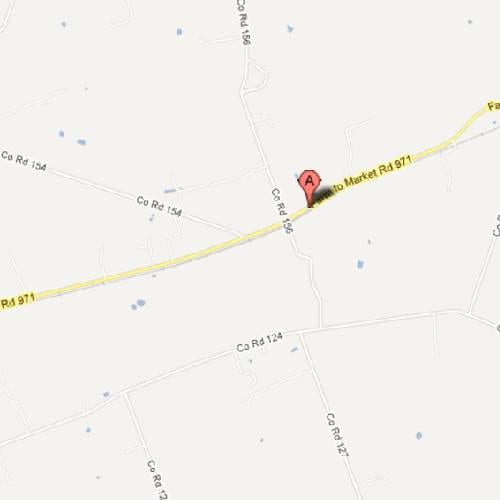 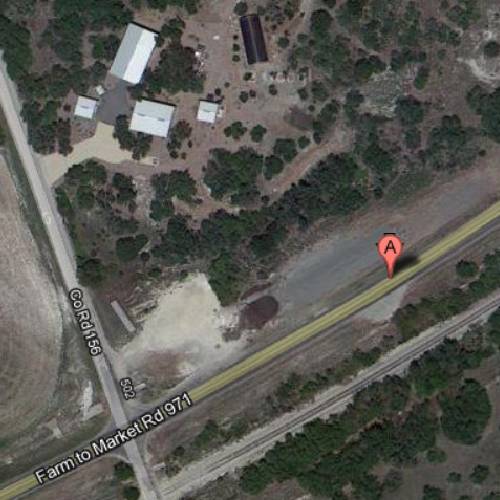 Neusser, a small community of the early 1890s located almost equal distance between Georgetown and Granger, was named after one of its early pioneers, Johann Neusser. Johann left his place of birth, Moravia, Austria, [1] seeking freedom from the oppression upon the peoples of Central Europe, especially of the Moravians, and the impending hostilities between Austria and Prussia. He arrived in America from Moravia on or about December 20, 1871, via the port of New York. [2]

Johann made his way to Fayette County, Texas, and settled in the Moravian community of Ammansville. The exact year of arrival in Ammansville is not known, but it is assumed to have been early in 1872. Southern Fayette County was a favorite place for the immigrants of Bohemia, Silesia, and Moravia, Austria, to migrate to Texas. Earlier arriving Czechs and Moravians [3] had established communities at Dubina, Bluff (now called Hostyn), Praha, Navidad, and Ammansville. Johann settled in this community and apparently fit in quite well, for there he met Johanna Janak, also an immigrant from Horni-Sklsenov, Moravia, Austria, whom he married on November 24, 1874. [4] His occupation in this community is recorded as a blacksmith. [5] He was proficient in both the Moravian and German languages. [6] Upon his arrival in this community, he quickly taught himself the English language.

While in Ammansville, family life was begun when Louis, their first child, was born.

However, he died as an infant. Their next child, a daughter Johanna, was born May 19, 1876, followed by John R.; Mary was the last child born in Ammansville.

Hearing of the good land suitable for farming in Central Texas,

Johann and his brothers-in-law, Jan David and Ondrej Janak, and Ondrej's brother, John, traveled on horseback to Williamson County in 1879 to explore the land north of the San Gabriel River.

Liking what they saw, they returned to Ammansville, and in 1881, Johann Neusser and his family moved to this new land, where they purchased a farm of 49 acres from J. M. Barnett on the Yankee Branch. [7] Soon thereafter, joining Johann and his brothers-in-law on this fertile land were others from Fayette County. The Bartos, Zurovec, Grossman, Ulbreck, Pecka, Jurecka, and Mikulencek families were the first to arrive, and many others followed in later years. Johann and Johanna's family also grew in number with the birth of Aloisia (February 1882), Adolph (December 1884), Frank (October 1886), Emilie (August 1888), Joseph (November 1890), Bertha (June 1892), and Anton (July 1895).

In 1885 Johann purchased 160 acres from his brother-in-law, Ondrej Janak, [8] which was part of the Booker Queen Survey.

The farm was located some 7.6 miles east of Georgetown, Texas. A short distance to the west and crossing Queens was the old Double File Indian Trail, which crossed the Central Texas plains from Mexico to East Texas. It is upon this farmland that the early but short-lived community of Neusser would come to be.

In 1890, the Georgetown and Granger Railroad Company" began laying tracks from Georgetown to Granger. The Company purchased the right of way one the north property line of the Neusser's farm". Johann was also an astute businessman; he quickly foresaw the possibilities, as the northwest corner of his property was at the junction of a road that led to Georgetown some 7.6 miles to the west in one direction (current-day Texas FM 971) and then turning northward towards Walburg, along the east side of Jan Martinka's farm, (current day County Rd. 156). About a mile from where the road turned northward, another road intersected and headed towards Granger to the east. These early unimproved roads were highly traveled to reach Excelsior Mill, a flour mill approximately 3 miles to the west, located on the east bank of the San Gabriel River. This mill was built and operated by James "Jim" Francis Towns in 1870. This mill became one of the better known and busier mills in the county. [12]

With the encouragement of the railroad company representatives, a general store and saloon/dance hall were quickly built and placed into operation.

A well was dug to provide water. This business enterprise was managed by Joseph Klimicek, Johann's son-in-law. The place soon became a center of activity and a gathering place for the area residents. The railroad work crews were also regular customers. With music being provided by the musically talented Moravian, dances were frequently held in the dance hall.

In the spring of 1892, a townsite was laid out by the surveyors Messrs.

Hal Montgomery, Ben Sherod, and J. L. Rucker. The townsite was initially referred to as Keliehor, and was laid out midway between Granger and Georgetown on the Georgetown and Granger Railroad". William Keliehor was a neighbor of Neusser and owned a substantial piece of property adjoining the north property line of the Neusser farm. Speculation is that since Mr. Keliehor had owned substantial property in the area since 1884, or perhaps he made the initial contact with the surveyors, the initial township project bore his name. A town plat has not to be located to show the exact location. It is assumed, however, that the surveyed townsite was on the Neusser property as Johann began to sell town lots that, according to the deed transactions, were surveyed lots. The first two lots were sold to Mrs. Johanna Aschen in September 1892, followed by a sale to Friederich Zahn".

The railroad representative also suggested that the residents apply for a post office from the U. S. Post Office Department, as that would be an enhancement for the railroad to build a depot for the community.

A postal permit was obtained and, on December 30, 1892, Neusser, Texas, became part of the U.S. Postal Department. [15] At the time of the application, there were 75 persons that would be served by this new postal service. Making the application on behalf of the community was Edward Aschen, appointed as the first postmaster and served in this capacity until May 16, 1893. He was followed by Joseph Klimicek, who held the postmastership until April 27, 1894.

The post office operations and the depot dream, however, were short lived.

The town of Granger, to the east, was growing and prospering rapidly, with the Georgetown and Granger rail line intersecting the Missouri-Kansas-Texas Railroad north-south line.
The depot was built, instead, at Granger. Mr. August F. Zahn served as the last appointed postmaster of Neusser, Texas, when it was discontinued on May 21, 1894. With this disappointment, the community as envisioned by Johann Neusser and his friends did not materialize. The building housing the general store and post office was subsequently sold, and it is believed that it was moved to Theon and is still in existence. [16]

A custom that became prevalent among these early settlers was the formation of beef clubs. Once a month, a neighbor would furnish ahead of beef, which would be butchered and the meat shared among the club members. Johann's farm served as the beef club headquarters for the community. These Moravian pioneers loved the soil and were quick to turn the prairie grass from its green color to the white blanket of cotton. With King Cotton being the principal agricultural product, in the 1920s, a cotton gin was built two miles east of Neusser(Ville) by the Mazoch Brothers. It served the surrounding community until the 1960's when it ceased operations. Another gin located at Townsville, [18] about 3 miles west on the Georgetown road, also served the area cotton farmers.

Johann continued to be a driving force in this new settlement of Williamson County.

With his knowledge of German, Moravian, and English languages, he was called upon to serve as interpreter and counselor for the increasing Moravian population in Williamson County. Frequent trips to Georgetown, the county seat, on horseback or buggy were not uncommon, to act as interpreter in land transactions, citizenship declaration, or in the civil court for the newly arriving Moravians. Though the farm and blacksmith operations were his base of economic support, Johann raised cattle, traded horses, and bought and sold farmland. [19] Each of his sons, John, Frank, Adolph, and Frank Dobecka, his son-in-law, bought their farms from his inventory of farms. Anton and Joe were not yet old enough to own and operate their own farms and instead helped their father with the family farm. Johann, himself, was a gifted individual who, besides being a blacksmith and carpenter, could also make saddles and ropes. Being a self-taught veterinarian, he was called upon by his neighbors to attend to their livestock.

Johann was a prime mover in establishing Sts.

Cyril and Methodius Catholic Church in Granger, serving as a charter member and on the building committee when the church was constructed in 1891. He and Jan Martinka, his neighbor, made the trip to Austin to secure the deed for the land that W. H. Walton, an Austin lawyer, gave the newly formed parish for one dollar. Being a skilled carpenter and a blacksmith, he was of great service, making the bolts needed for the building joist and the long chains to hold the three candle chandeliers which were to hang in the sanctuary. Mr. Martinka hand-crafted the church foundation stones from the stones excavated by the railroad company from the railroad bed on Neusser's farm and hauled them by wagon to the church site. The Catholic children of the Neusser community either went by buggy or walked to Granger to attend the parochial school when it was built in 1899.

In 1910 Johann bought a house in Granger, where he, Johanna and daughter Millie moved.

Joe and Anton remained on the farm. During this period, Johann devoted most of his energies to real estate dealings. Johann died on November 8, 1914, and is buried in the Calvery Cemetery a few miles to the east of Neusser, Texas. Joe died in 1921, and Anton married and bought his own farm east of Granger. The Neusser farm was then rented to the Pavlacek family. In addition to farming, Mr. Pavlacek operated a molasses press. Neighbors from miles around would plant an acre or two of cane sugar and bring it to Mr. Pavlacek's for pressing and cooking of the molasses. Johanna died on May 6, 1937. The Neusser farm was retained in the estate until it was sold in 1942 to Mr. Jordan Milton Whitley. To this day, it is still in the ownership of the Whitley family. Regretfully, the townsite that Johann Neusser dreamed of is a pasture today. The only remnants of this short-lived community are the water well that has since been filled and a few sheets of scattered rusted sheet metal that may have been used for the roof on one of the buildings. 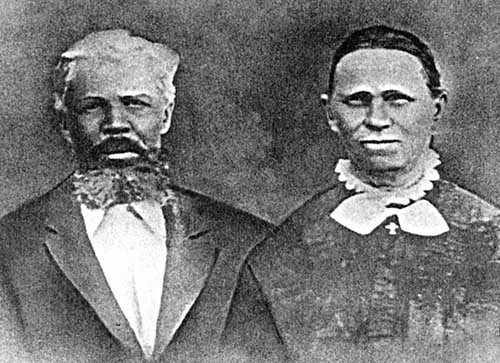