T.A. Boatright buried a family child and her husband, E.B., here in the late 1880s when the site was known as Elmwood cemetery. In 1889, she bought land here from C.P and Julia's crews. Several graves already existed in addition to those of her family, and many were unmarked. Today, the earliest marked grave is that of Joseph Metcalfe (d. 1887).

Over time, the property exchanged hands from the Boatright's to the Haygood's. Birdie Haygood badger sold the property in 1950 to the newly formed Hutto cemetery association, and the cemetery name changed to reflect its association to the community. Records indicate that within the cemetery's bounds are two lots once reserved for paupers, as well as one lot associated with the Swedish church that evolved into Hutto's first Methodist church.

The community's history is evident in the cemetery, with text on grave markers signifying settlers who came from other states or countries, area residents. Belonged to fraternal organizations or who served in the military as early as the civil war, and children whose brief lives also contributed to the local history.

The earliest deed to the land that would include the Hutto Cemetery is translated by Davis V. Whitting from the original Spanish document:

Citizen Miguel Arciniega, a commissioner, was appointed by the executive of the State to distribute and give possession of the land and issued patents.

Jacob Canner, November 20, 1827, was received as a colonist under the colonization entered into between Stephen F. Austin, the contractor, and the Executive of Coahuila and Texas, recorded in the register. [1] The grant conferred Jacob Canner in the full and proportional possession of one league of land which had been surveyed by Bartlett Sims, [2] located on the waters of the creek called Wilbarger's Creek. [3]

The land changed hands many times in the following years.

On July 8, 1889, C. P. Crews and his wife Julia F. Crews filed a warranty deed transferring the property to Mrs. T. A. Boatright (1832-1915). [4] The deed for the burial ground, originally named Elmwood Cemetery, describes two tracts of land about one mile south of Hutto:

Second Tract: W. F. Evans Survey patented 3/4 of an acre. Following written under Elmwood Cemetery plat set apart for the purpose of burial grounds. Surveyed into lots and fractions from 1 to 48 inclusive the day of September, A. D. 1889. [5]

Our peaceful cemetery has one thousand twenty graves from earlier than 1887 to March 31, 2004. This number includes graves of five infants, twenty-nine adults, and three unknown older graves shown on cemetery lot records but with no tombstones. Different varieties of headstones include those made by hand from cement, wood, and brick, as well as business-produced. The first recorded grave by the marker is that of Joseph Metcalfe, born in Shelby County, Kentucky on May 20, 1814, and died on January 18, 1887.9 The second oldest marked grave is for Willie Boatright, born September 21, 1886, died July 2, 1887.1 [10] Fifty-nine burials are recorded prior to 1900. [11] The proud settlers often engraved where they had come from, including Tennessee, Missouri, Ohio, Kentucky, Wales, Denmark, Scotland, and Sweden. One stone is engraved entirely in Swedish. [12]

Beautiful tombstones express loss, especially for children through the use of lambs and doves, [13] and writings such as "Budded on Earth,  and in heaven."

Adult stones show crosses, bibles, mansions, opened gates to heaven, a hand pointing to a crown (some with stars), hand in hand, three anchors, and on C. W. Hutto's marker, the world with big letters "The Maccabee." One stone is inscribed, "Our loss is heaven's gain." [14]

One special stone is a three-year-old child named George Theodore Roosevelt Johnson, named for the U. S. President.

[16] Two stones show J. B. Ross, father, and Lovina Ross, mother of G. P. (Grant) Ross. [17] Grant Ross had a house and orchard in town and a 40-acre sharecropping parcel for cotton. He later performed as a tight rope walker and clown with Ringling Brothers Circus. A resident recalls seeing his autograph book signed with dates 1882 through 1895. In 1930 Grant Ross moved to Florida.

Founders of the town of Hutto and other early residents buried at Hutto Cemetery include W. H. Farley, the first International & Great Northern Railroad agent who arrived in 1877.

Dr. J. C. Flinn, (son of J. F. Flinn), the first doctor in Hutto, came in 1882. In 1886 a cyclone flattened the town of Hutto, and two rows of brick buildings were rebuilt on the north side of the railroad tracks. J. Sam Monday, who opened the first saloon, came in 1892. John Busch, an owner of a mercantile, grocery, and millinery, arrived the following year. L. E. Bostick and his wife Lizzie Henley Bostick owned a funeral parlor, furnishing a two-horse drawn wagon, coffin, and double-filed procession walking behind it to the deceased's final resting place. Lizzie's brother and sister, Will and Riley Henley, sold Good Luck potato chips, mixed sodas (bottled and sold as soft drinks), raspas (snow cones), an outdoor theater and restaurant. August Hammer had a group of Swedes meets in his home to establish the Hutto Methodist Church. In 1910 C. E. Hanstrom dug the first water well that still produces water for the city of Hutto. Hanstrom also owned an electric power plant for homes and cotton gins, an ice factory, a cotton gin, and many more inventions. Early 1900s residents included Soren, Anders, and Martin Christensen, blacksmithing, horseshoeing and woodworks, and Bill McCutcheon, a night watchman who lit night lamps and checked the locks of every building. Mid-20th century residents buried at Hutto Cemetery include Bennie and Emma (Ninky) Hutto, owners of Hutto Variety Store, and many more business owners, cattlemen, farmers, ginners, and teachers who paved the way for the future success of the town. [18]

Local persons are ground caretakers for the cemetery and keep grass manicures with riding mowers, weed-eaters, and weed killers around the stones.

The Hutto Cemetery Association has a board of nine directors as of 2003.

The annual meeting is always the first Sunday in June at the Hutto United Methodist Church Fellowship Hall, and cards are mailed to lot owners to attend. Perpetual care was started in 1978, and memorials are sincerely appreciated—the minute book for 1998 records that no curbing will be allowed for mowing purposes. Funeral homes immediately place a stake with names and dates before the headstone will be placed. Paid spaces are available to the community.
Researched by Betty Sue Blackman Holmstrom, March 31, 2004 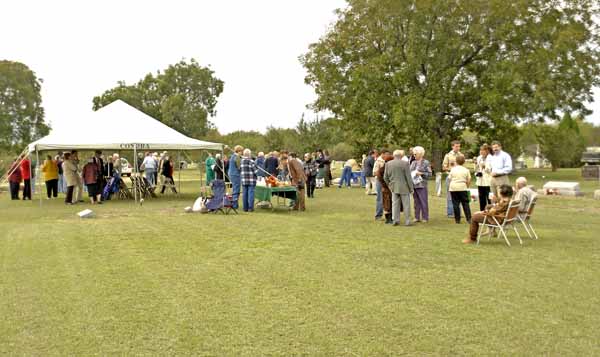 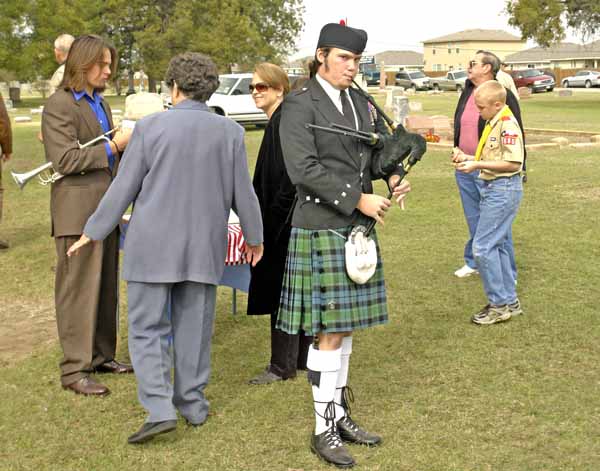