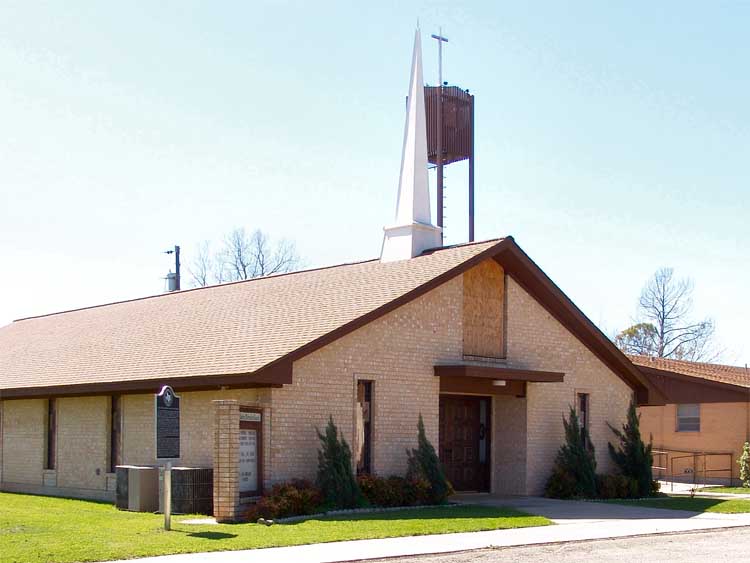 Settlers in the farming and ranching community of Florence gathered in April 1856 to hear the Rev. Robert Hay Taliaferro (1824-1875) preach and help them formally organize a church. Originally known as the Baptist Church of Christ, the congregation changed its name to First Baptist Church during the first decade of the 20th century. Several noted Baptist ministers have been associated with this congregation, including Taliaferro, the organizing pastor, who came to Texas from Kentucky in 1847 and established a number of Baptist congregations in the new state. Brother E. McDaniel served as first permanent pastor, from 1856 until 1869, soon followed by the Rev. George Washington Baines, from 1870 until 1877. Baines, great-grandfather of U.S. President Lyndon Baines Johnson, came to Texas in 1850 and served as president of Baylor University at Independence, in addition to pastoring a number of Baptist churches in Texas. In 1869, the congregation built its first sanctuary, which also served as a community schoolhouse and as a meeting place for other religious and fraternal organizations in Florence. New facilities were built as needed to accommodate First Baptist Church's growing membership. The congregation's programs of outreach and community assistance have played a significant role in the social and religious heritage of this part of Williamson County. (2001)