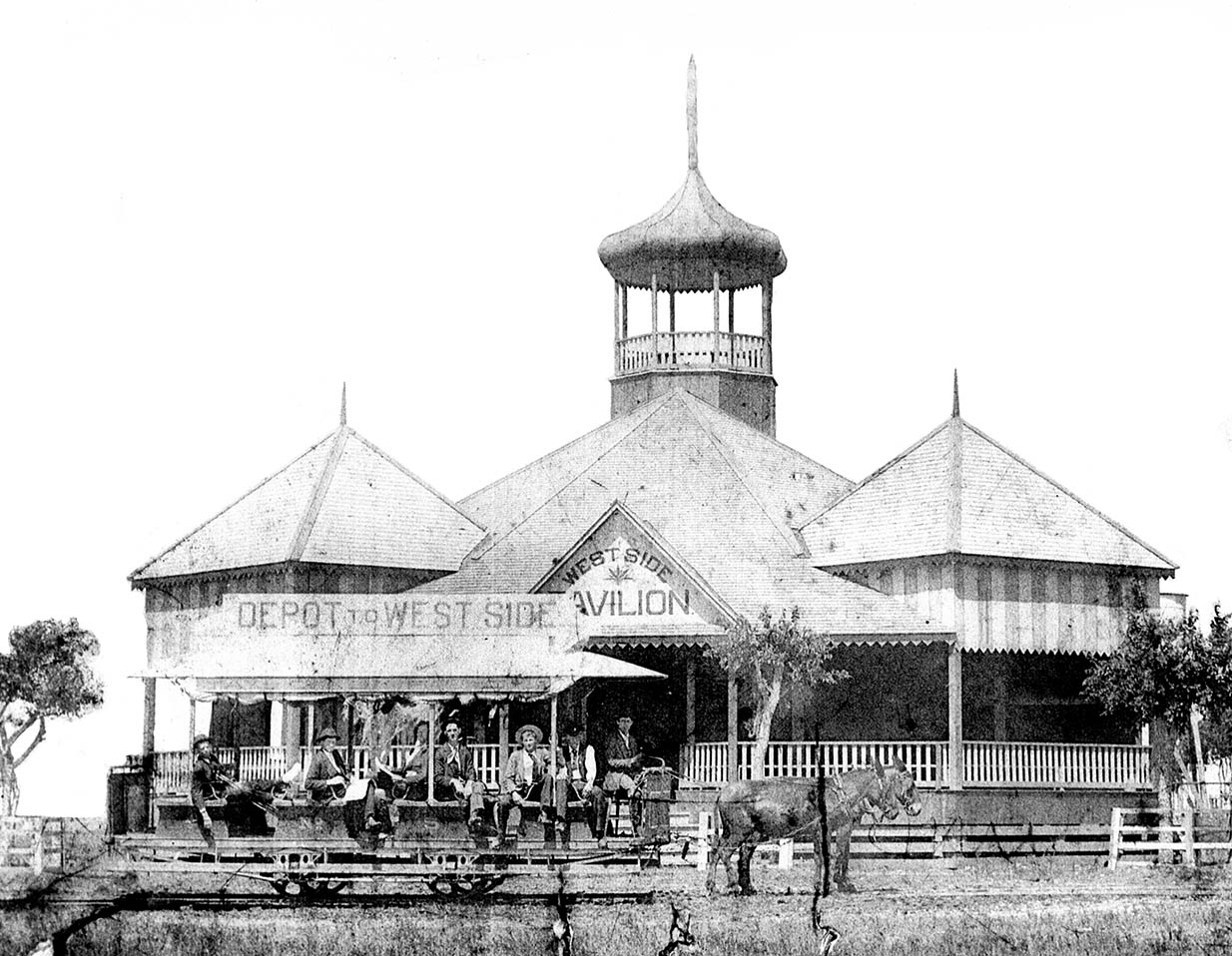 Was located at 700 Sloan St 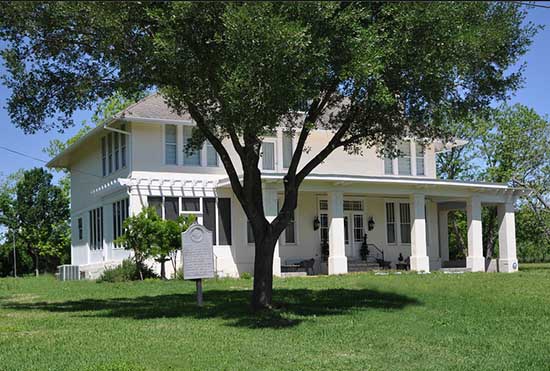 Built 1891 by Dr. A. V. Doak, early settler and civic leader, at end of his street car line, which operated three mule-drawn cars. Used for plays, dances, other amusements. Held crowds of 1,000. In 1900 the pavilion was sold and dismantled 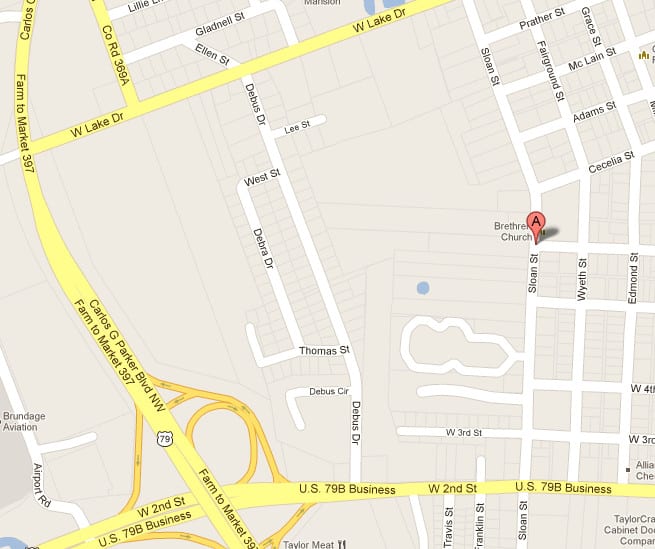 Taylor's first and only streetcar line was installed by Dr. A. V. Doak, father of Dr. Edmond Doak, in the year 1891 and ran until the year 1900.

There were three cars, one open for warm weather, and two closed for cold and rainy weather.

The streetcars were drawn by two Spanish mules, which could be hitched to either end of the cars.

Dr. A. V. Doak owned fifty mules of which forty were in use all the time, with the other ten kept in reserve.

There were two mule barns at the home place, 600 West 7th Street.

Many times the cars would stop on the switch in front of the home to exchange pairs of mules, which were paired together, each mule knew his "mate". A pair of mules would be unhitched from the car, walk together to the barn, go into their own stall. Another pair would walk out to the car, back up, to the car to be hitched. The mules were changed every two hours.

The car line ran from the south end of Porter Street, at the I.G.N Railroad, west to Main and on to Seventh, out to Sloan where the Doak Pavilion was located. The return route was from Sloan Street south to Third, then to Doak Street and south one block to Second, then east back to Main street.

The occupants in the Street Car pictures are all named by the present Jr. Doak as follows:

Ed Evans, stable manager, Conley Mosely, extra man, Harry Garrett, extra man, Tom McConnell, regular driver, Dr. "Ned" Doak, manager, Will M.C. Breatry, regular man, Will Smith (with a broken foot)". This was the only injury they ever had with the workmen, or riders on the Street Car line during its operation.

The price for a ride was five cents in the day time, until eleven o'clock, then the price was a dime. Dr. E. Doak (better known at that time as "Ned") was identified with the operation until the closing of the line in 1900.

On special occasions when a large number of passengers were, Dr. Doak acted as conductor and manager also.

He also arranged for the amusements at the Pavilion, such as baseball games, racing of bicycles on the race track, skating, band concerts, theatricals on the stage which carried a full set of scenery for travel companies. Religious meetings were held at the Pavilion - - - in fact anything to attract the public.

The Pavilion was accepted by the citizens of Taylor as its social and entertainment center, furnishing many hours of pleasure and enjoyment.

After the Street Car system was discontinued the Pavilion was sold and dismantled for the lumber. The Pavilion accommodated one thousand or more on many occasions.