Downtown Taylor, Texas, in 1906, looking south. Taylor is the birthplace of several noted men, including Bill Pickett, the black cowboy who invented bulldogging. Governor Dan Moody, also born in Taylor in 1893, first gained statewide recognition when he successfully prosecuted the Ku Klux Klan in the 1920s. Elmer “Pet” Brown, the 1914 middleweight champion of the world, was also a native of Taylor.

Photographic policies prohibit reproduction - please contact the Williamson Museum for reproduction rights. Your interests and the preservation of the materials will be assured by the observance of these policies and procedures.

To inquire about the use or purchase of any of these photographs, please contact the museum at (512) 943-1670

William Henry Pumphrey of Taylor attended the prestigious Peacock Military Institute about 1925. Pumphrey was a lifelong resident of Taylor.

Daniel J. Moody 1834-1910, father of Dan Moody Jr., Taylor, Texas. Commonly referred to as Judge Dan'l because of his position of Justice of the Peace. Moody had come to Taylor as a railroad agent to sell lots and start the town in 1876. He became its first Mayor and after holding an election, started Taylor's public school and served as Chairman of the School Board. In 1890 he married Nancy Elizabeth Robertson a Math teacher at the school. He enlarged the house her family had built 3 years before. Judge Moody lost all his money when the business in which he had invested went broke, so he started a dairy at their home in which his son, Dan, began working when he was 8 years old. They rented rooms to Taylor teachers and several times shared their home with family members who were recently married and would come and live with the Moodys for a few years. Judge Dan died in 1915, the year Dan, Jr. graduated from high school. 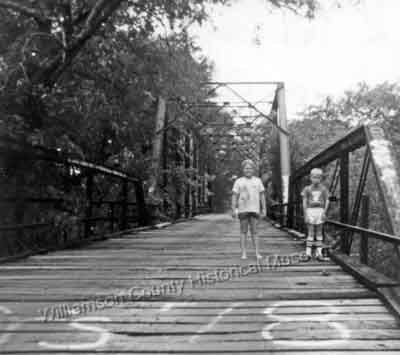 Raymond Garrett, DVM in Taylor in 1964

A beautiful young Mexican American girl, Lorraine Castro was Queen of the Taylor DIEZ Y Seis Celebration in the 1930’s. In 1940 she married Daniel Camacho in Taylor, Texas 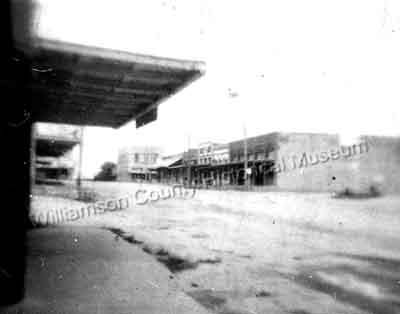 Francisco Castro driving his mule drawn trash wagon in downtown Taylor in the 1940’s. One of Taylor’s most popular businessmen, when he had to convert to tractor power, he did so reluctantly. He and his wife Helen Fuentes Castro raised five children in Taylor. Mr. Castro was the only trash collector for businesses in Taylor from 1935-1952. 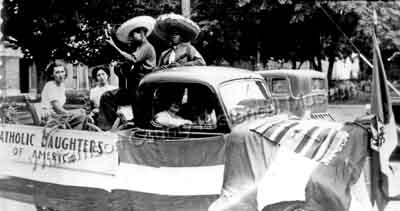 Catholic Daughters of America in Parade in Imagekup, Taylor, Texas. 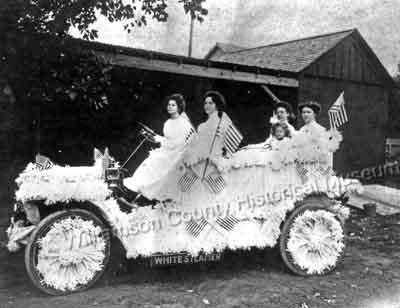 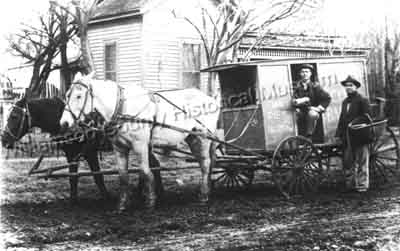 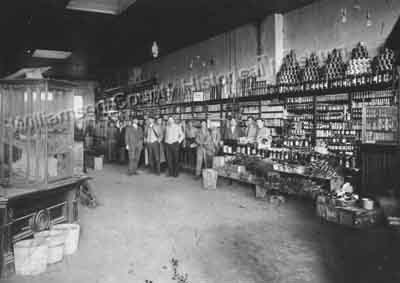 (from the park plaque at the end of the bridge)

"a special credit to the Williamson County Sun for this story"

Historical Markers and Their History

Taylor's beginnings are rooted in commerce:

The town was laid out by the Texas Land Company in anticipation of the coming of the railroad. It was originally named Taylor Station after a contemporary official of the International & Great Northern Railroad. Taylor Station was situated on a major cattle trail used by Texas ranchers to drive their stock to market. Within 60 days of the railroad reaching Taylor Station in 1876, 146 carloads of cattle were shipped north to market from this fledgling community.

The railroad brought other forms of commerce as well, and the town developed rapidly. Farmers arriving primarily from the Midwest and other southern states soon discovered that the black land soil would support cotton. With the railroad at hand to ship the cotton to mills in the east, Taylor became the center of the thriving cotton trade.

A disastrous fire in 1879 destroyed most of the frame structures in the three-year-old town. Most of the burned-out buildings were replaced with the fine brick and stone structures that distinguish Taylor's appealing downtown to this day. A brisk trade in cattle and cotton brought stability, and a prosperous town took shape. Churches and private schools were established, and craftsmen and tradesmen set up shop in town to serve the flourishing farms and ranches.

In 1882, the Missouri-Kansas-Texas Railroad extended tracks to link it to the great Missouri Pacific system.

Less than ten years after, the frontier station on the open range began to attract residents. Taylor established a public school and community waterworks to pipe fresh water to homes and businesses in town.

The First National Bank was organized in 1883. As testimony to the favorable economic climate of the day, the bank's initial stock offering of $50,000 sold out in less than one hour.

Taylor has always placed a premium on the quality of life in the community. In 1884, the city fathers opened a dog pound on the public square to encourage residents to be more responsible with their pets. A small boy was paid 25 cents for each stray dog he rounded up. The enterprising city Marshall then sold the dogs back to owners for $1 with a numbered brass dog tag. The city used revenues from the dog pound to complete a sewer system.

Although Taylor's rate of growth has slowed from its earliest days, the city has shown a steady increase in population, even though the population of the country as a whole declined between 1930 and 1970.