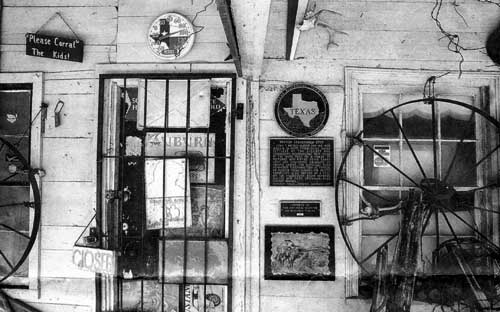 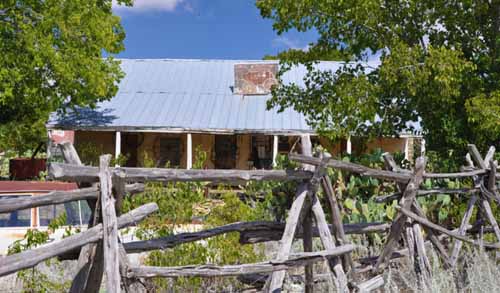 John T. Bryson (d. 1894) and his wife Amelia (d. 1897), prominent early settlers of the Liberty Hill community, constructed this home in the 1850s. Built on a frame of notched and fitted hewn cedar logs and featuring chimneys of native stone, the original open dog-trot construction is typical of pioneer Texas houses. The Bryson residence also served as a stop on the stagecoach route between Austin and Fort Croghan, near present Burnet. Recorded Texas Historic Landmark - 1981 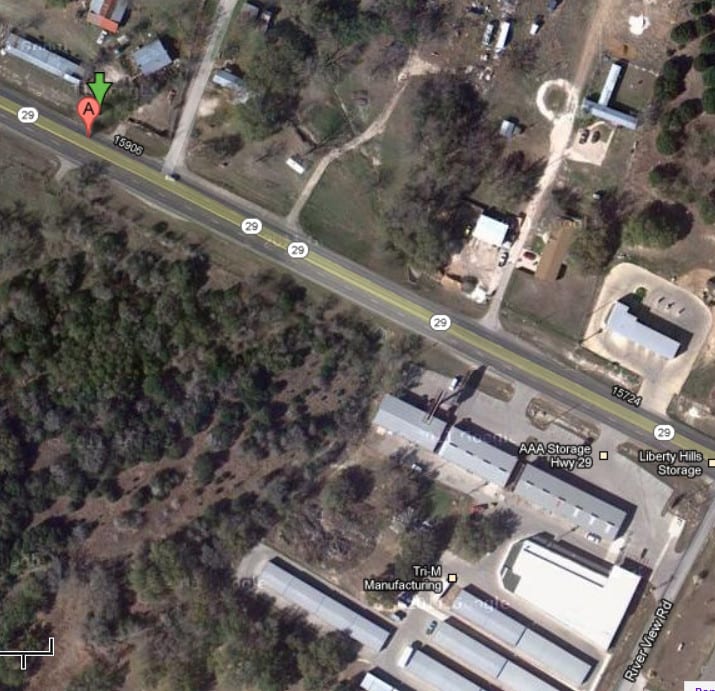 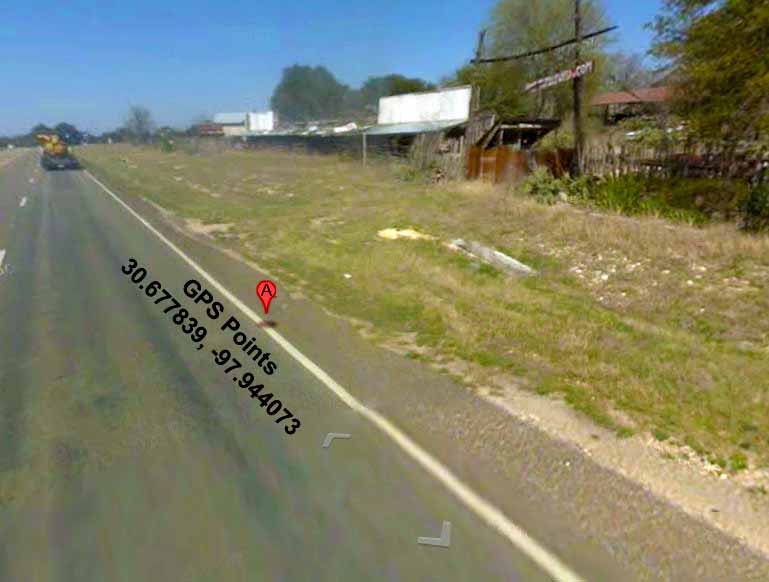 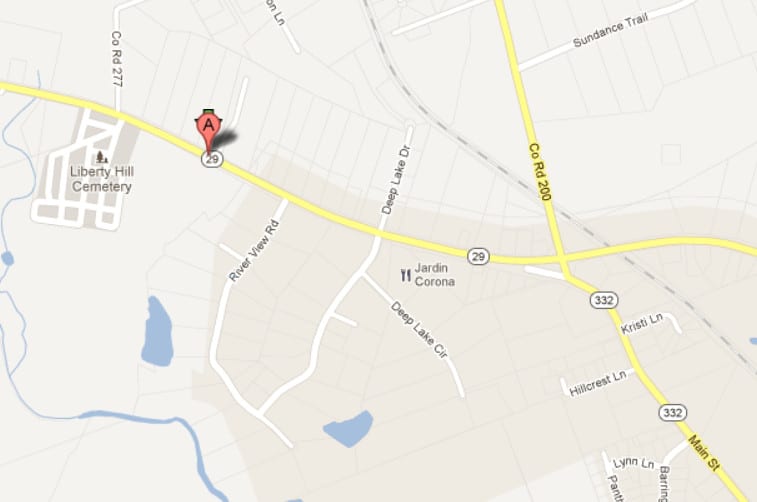 The Bryson home/stagecoach stop, constructed between 1852 and 1854,1 stands as the last remaining structure of the original settlers of the Indian-inhabited hill country area approximately 35 miles northwest of the Texas Capital in what was once the old Liberty Hill community. The hewn-log, open dog-trot structure served as the family dwelling for one of the first and most prominent pioneer families in the settlement and later doubled as the stagecoach stop for the stage line that ran between Austin and Fort Croghan and points west.

The home was constructed at its present site by John T. Bryson who lived there with his wife Amelia until their deaths in the late 1890s.

John and Amelia Bryson with their family of six children were typical of pioneer families who journeyed to Texas by covered wagon in search of land offered by the Texas govern­ment to encourage settlement of the area. [2]

raised livestock and crops for a living and helped establish the first Methodist Church in the area, where they were listed as charter members. Both were leading citizens in the pioneer community, and John donated the land used for the Liberty Hill Cemetery. He also helped construct the beautiful limestone fence around the perimeter of the cemetery that became their final resting place.

The Bryson place is also significant for its' architecture. Its notched and fitted log frame is surprisingly sound, and its open dog-trot construction with dual limestone fire­places and gallery catches the eye of passers-by. The home sits on a hill-top and faces north-south to catch the breeze. Large oak trees adorn the area and three limestone rimmed hand-dug wells speak of a bygone era. In front of the home is a large oak tree that shelters the spring that served as a natural refrigerator for Bryson's' milk, eggs, and dairy products. A hundred yards behind the home stands the old log-framed barn where stagecoach horses were harnessed, unharnessed, and fed. (Few wooden homes remain in the entire Central Texas area.)

The Bryson Stagecoach Stop is a hewn-log, open dog-trot Texas classic home with an open gallery across the entire front of the home and limestone fireplaces on each end.

With the exception of the fireplaces and the rectangular limestone blocks that support the rough cedar log foundation, the entire structure is built with native red cedar hauled by oxen cart from a cedar brake near Bastrop, Texas.

The floor plan includes two front rooms (each with fire­place) that open onto the dog-trot and two back rooms. The larger of the back rooms served as the dining room and opened onto a kitchen and smokehouse located a short distance away from the main structure. The house has 12-foot ceilings and each room contains two windows.

Three limestone-rimmed wells and the old log barn are located a short distance from the back door. Standing in front of the open gallery, a huge oak tree shelters the spring which served as a source of drinking water and natural refrigeration.

The house faces the south to take full advantage of the cool summer breezes and to shelter the heated front rooms from the cold north winds. The open gallery and dog-trot, high ceilings and attic, and abundant windows combine to form an efficient natural ventilation system keeping the house cool on the hottest of summer days.

The frame of the house is constructed entirely of rough cedar logs notched and fitted together without the use of nails. The logs, used as wall studs, are shaved on each end and plugged into rectangular cutouts in the floor and ceiling joists. The siding for the walls and all trim boards are attached with hand-made square nails.

Alterations made during the 1920s included the enclosure of the open dog-trot, partitioning the original dining room into two rooms including a bathroom, and sheet-rocking the interior walls. After their collapse, the smokehouse and kitchen were moved to the rear of the property. The original cedar shake roof has been covered with a metal roof; other­wise the house is near the original condition.

The Bryson home place was originally built and inhabited by John T. and Amelia Bryson and their six children. John and Amelia lived there until their deaths (John died in 1894 after a long illness and Amelia passed away in 1897). [3]

The Bryson home place was inherited by the Brysons' daughter, Texana, and then by her husband, H. C. Fowler when Texana passed away at an early age. [4] H. C. Fowler and his second wife Kate continued to live in the Bryson house until 1924 when the property became a rent house.

In 1924, the Jim Waley family, including children James Morley, Sally, and Floyd, rented the old house and made it their home until 1946. [5] James Morley Walley then continued to rent the house until 1956 when the property sold to John V. Cuneo.

The Bryson home remained the property of John V. Cuneo until 1968 and was largely vacant during this period of time.

In 1977, the property was purchased by the present owner, Leonard Paul Kubiak, and restored to its present condition.