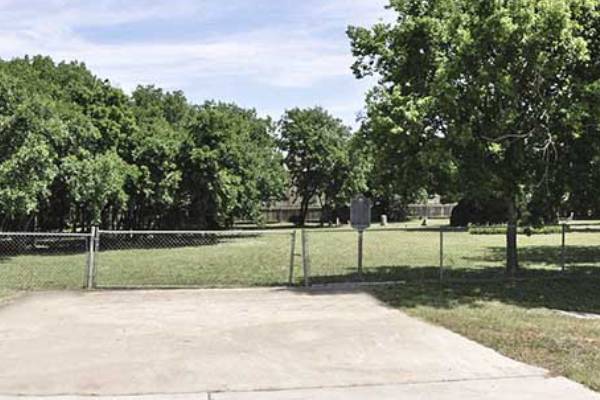 Take La Frontera south under the Texas 45 tollway and turn left (east) on Louis Henna Blvd. Cemetery entrance is just past the gas station on the right.

Historical Marker: Kentucky native John Bratton (1812 - 1855) came to Texas with his family in 1837. Ten years later, Bratton purchased land in this area and set aside one acre for use as a burial ground for family and friends. The earliest known burial, that of Mary J. Robey, took place in 1847. There are more than 100 known gravesites in the Bratton Cemetery, and about 50 of the burials are marked only with fieldstones. A good example of a pioneer graveyard, in which many of the graves date from the 1800s, the Bratton Cemetery is a reminder of the area's local history

In 1837, Captain Nelson Merrill, a Texas Ranger, founded the community of Merrilltown. He operated the Merrilltown post office, a stagecoach "stop," also a country store, on the old upper Georgetown road, now known as FM 1325. Captain Merrill's land was located along this highway in Travis and Williamson counties.

In 1856, Captain Merrill gave some four or five acres from the land on which he lived to the trustees of the Merrilltown School District and their successors, for a school, church, and cemetery, forever. The church and cemetery were never to interfere with the land being used for a school. 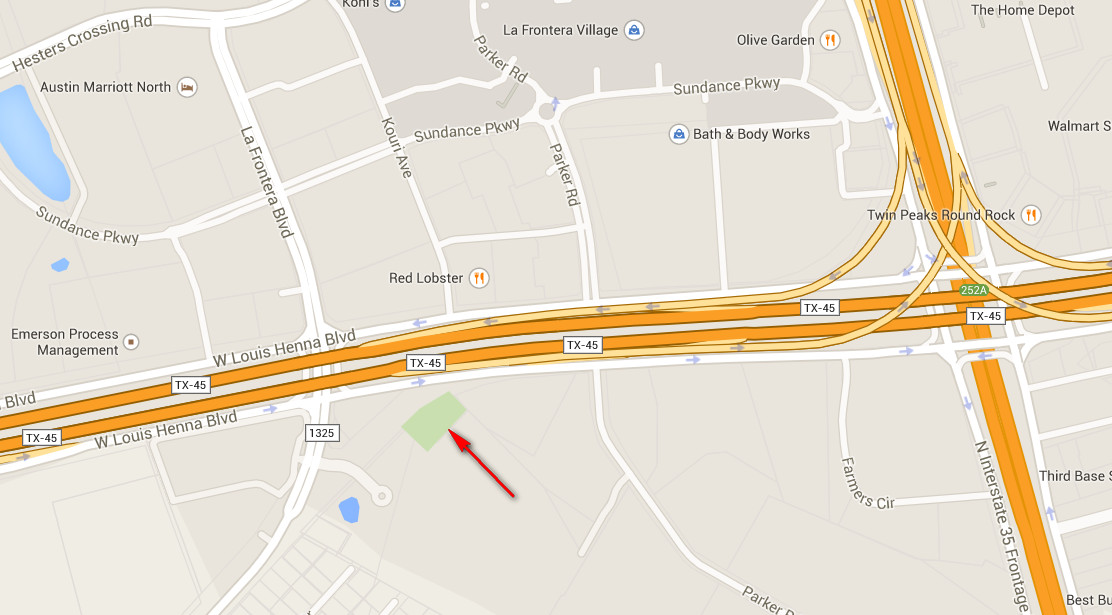 In his will dated October 9, 1855, John Bratton set aside one acre, more or less, of land for a burying ground in which he stated "I never want sold." However, this was not made in the form of a deed. On April 9, 1885, Michael Studer and his wife Rachel Studer, who had purchased the land on which the cemetery was located, and known as the Bratton Cemetery, executed a deed giving the land to the community "for and in consideration of the love we hold for the community." forever, naming as trustees F.A. Roberyt, Byram Shermand and J.A. Bratton and their successors. [Abstracted from a history written in 1973-1974 by Mrs. Martha E. McNeese of Merrilltown and published in the The Chisholm Trail, Vol. 14, No. 3, page 137, Winter 1995. The cemetery entrance is just past the gas station on the right.

view more on Round Rock and markers