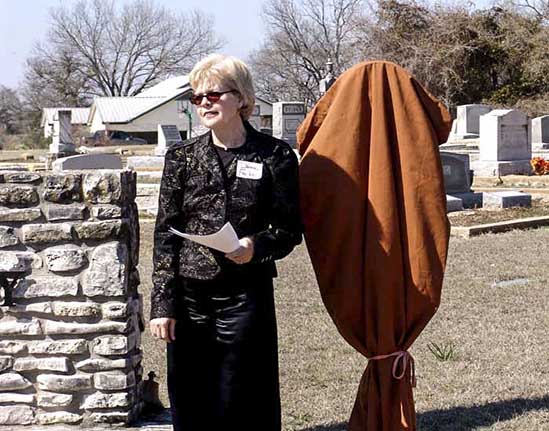 On Sunday, February 26th at 2:00 p.m., a dedication celebration was held at Hutto Lutheran Cemetery on County Road 135 to unveil its newly acquired State of Texas Historical Marker. It was a glorious day for an outdoor celebration, as the sky was

https://afhelo.eu/what-is-ear-infection-in-dogs-and-catsy-gixozev-8558
without a cloud, and the temperature was a pleasant 68 degrees.

Augusta Stromberg, one of the oldest members of Hutto Lutheran Church, graciously donated the money needed

Thaise massage Amersfoort - Boek direct een massage online! Met een Thaise massage in Amersfoort kunnen lichamelijke klachten worden verminderd. Onder meer spierpijn, rug- en nekklachten en bijvoorbeeld stijve gewrichten kunnen met deze massage behandeld worden. Voor een professionele Traditionele Thaise massage kunt u terecht bij Mea Ploy aan de Van Randwijcklaan in Amersfoort. thaise massage amersfoort
to pay for the cost of the historical marker. Once the marker was paid for, the writers for the Texas Historical Commission created the wording that appears on the marker based on information provided. After the wording was approved by the members of the cemetery committee, the marker was cast and shipped to the church in November 2005.

Donna Fowler began the program with the invocation and conducted the opening remarks and remaining program
We work together with patients with DSD and their families to provide individualized, integrated and comprehensive care. Playfully explores what transpires when private lives become public domain. With plenty of gay bars and LGBTQ-owned establishments, it's a popular spot to hang out no matter the day of the week. sex in cincinnati
for the dedication ceremony this past weekend.

Mrs. Fowler stated: " It is extremely important that we try to preserve the history of our fast-growing community. It is a blessing that the State of Texas promotes historic

Mrs. Thompson is the founding President of Save Texas Cemeteries, Inc. and has authored six books on Texas history. Karen Thompson is employed by Williamson County as the Chairman of the Williamson County Archives Division. Mrs. Thompson stated that: " The Hutto Lutheran Cemetery is a prime example of what a church and its members can do to preserve the heritage of their congregation and community. Being involved in preserving our history is important to all of us. Each and every one of us should take the time to write up the stories that describe the important landmark events of your life and those of your ancestors. Preserving our past is all of

https://afhelo.eu/is-a-day-hospital-for-hand-surgery-usefuly-radoveq-8769
our collective and individual responsibility".

The benediction was given by Pastor Tim Muehlbrad, and quests were invited to the reception at the fellowship hall, where refreshments were served.

In 1892, several Swedish immigrants who had settled in the Hutto area established the Swedish Lutheran Evangelical Church.  An 1894 tornado destroyed the first sanctuary, built by members on Short Street.  After utilizing a second church building for several years, the congregation moved to East Live Oak and Church Streets in 1902.  The following year, the congregation purchased this site for a church cemetery.

It is believed the first marked graves, dating as early as 1897, are those of children whose remains were exhumed and re-interred at the new cemetery.  The first adult buried here was Johannes Anderson (d. 1903)

There are several unmarked graves believed to be those of children.  There are also graves of military veterans and tombstone symbols that reflect Masonic and Woodmen of the World affiliations.

Today, Hutto Lutheran Cemetery is maintained by a church committee, which conducts special events and raises funds for maintenance of the burial ground.  The site remains a link to the area's early Swedish settlers, their families, and their church.

(to view the plaque go to Hutto on U5 79, proceed to FM 1660 South and turn south going approximately 1.5 miles, turn right on County road 135 at the Hutto Cemetery. Go approximately 0.5 miles and the Hutto Lutheran Cemetery will be on the right side of the road) 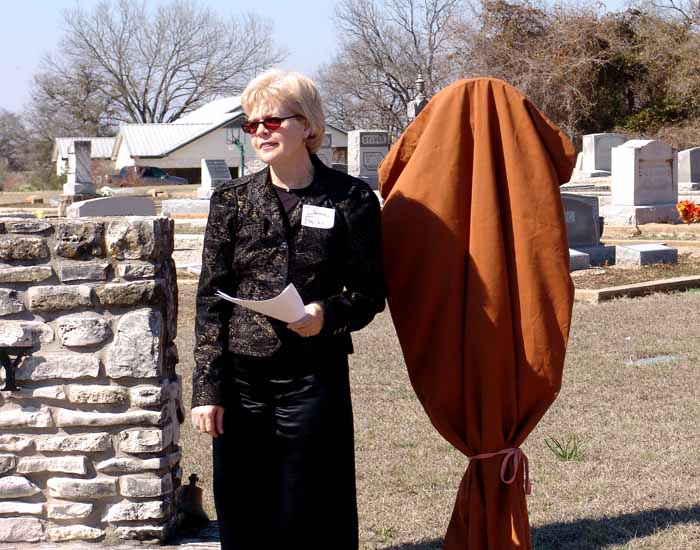 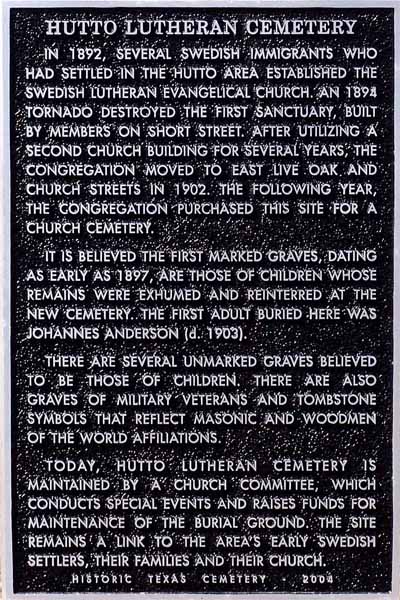