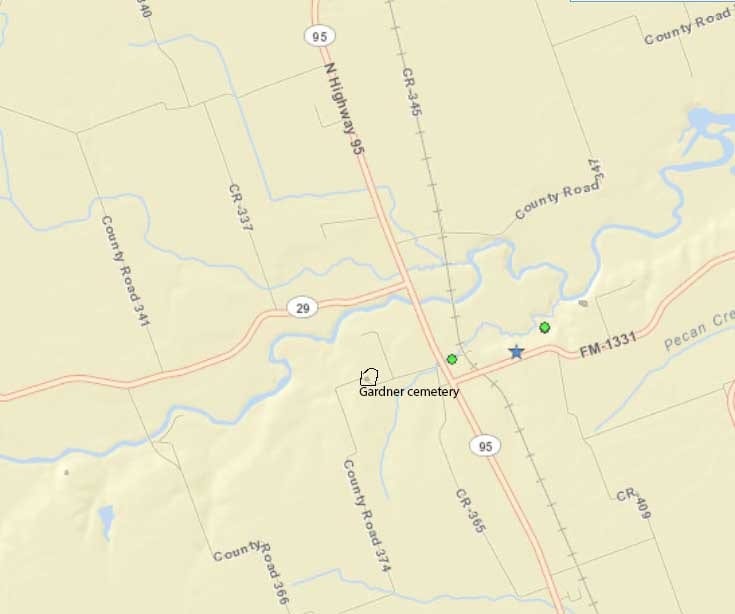 The Williamson County Historical Commission would like to extend a special thanks to Jackson Spencer and Troop 405 for their hard work on this project on that HOT day 7-24-2013. a special thanks to the Taylor Daily Press and James Walling for this slice of history 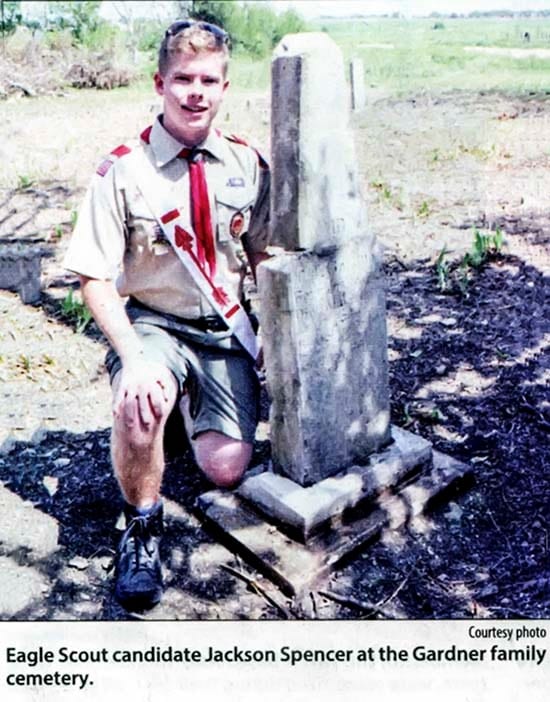 Eagle Scout candidate Jackson Spencer from Troop 405 organized an aggressive effort to address some much-needed maintenance at the old Gardner family cemetery off Hwy. 95 and FM 2671.

The site near Circleville had fallen into severe disrepair, with only two erect tombstones remaining intact out of the existing seven at the site.

Spencer and his father contacted Wayne Ware, cemetery chairman for the Williamson County Historical Commission, and discussed the possibility of cleaning, clearing brush and debris, removing trees and contributing to the commission's efforts to repair fallen and damaged gravestones. On a work day at the site on July 20, Spencer and his fellow troop members, friends and parents also assisted in lifting and leveling the markers and bases.

All the tombstones were repaired and are currently upright. Further efforts are planned to strengthen the foundations with mortar. The materials were restored with the assistance of John J. Christenson.

The work was part of an Eagle Project proposed by Spencer, and officially sanctioned by the troop. "Jackson personally invested around 20 hours in the project," explained his father, Eric Spencer. "With the others involved, there were at least 60 man hours involved, all told."

The elder Spencer explained that Jackson is currently a Life Scout, and is hoping to complete his Eagle Scout candidacy by August of this year.

When asked how his son was drawn to the project and the site in particular, Spencer explained that Mr. Ware has guided many such projects in the area and suggested the idea when asked for a recommendation.

For more information regarding the individuals buried at the small cemetery, interested parties may visit www.findagrave.com and search for Gardner Family Cemetery in Circleville.

We also want to extend a special thanks for the help John Christeson has give on this and other cemetery projects. 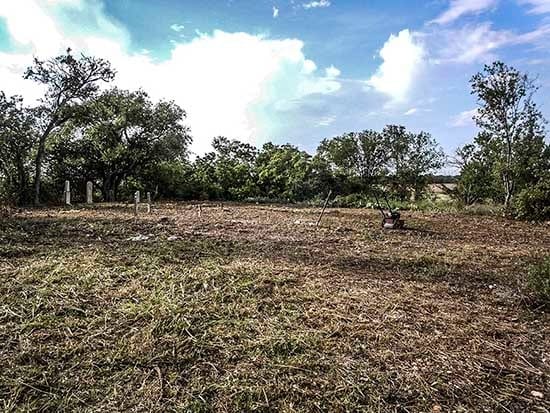