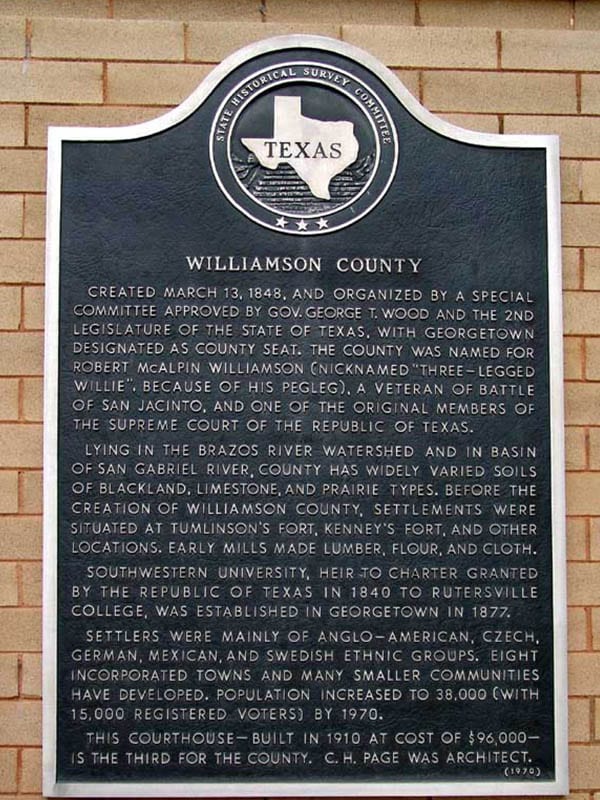 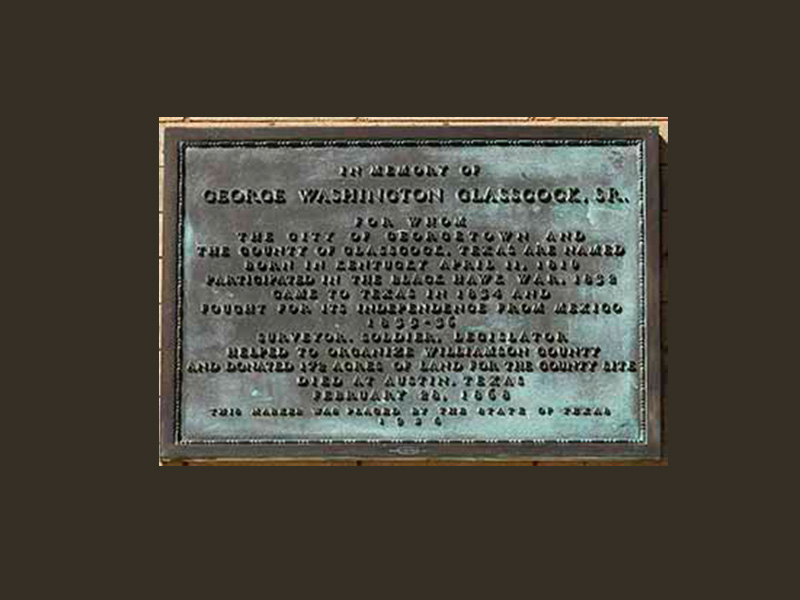 Created March 13, 1848, and organized by a special committee approved by Gov. George T. Wood and the 2nd Legislature of the State of Texas, with Georgetown designated as county seat. The county was named for Robert McAlpin Williamson (nicknamed "Three-Legged Willie", because of his pegleg), a veteran of Battle of San Jacinto, and one of the original members of the Supreme Court of the Republic of Texas. Lying in the Brazos River watershed and in basin of San Gabriel River, county has widely varied soils of blackland, limestone, and prairie types. Before the creation of Williamson County, settlements were situated at Tumlinson's Fort, Kenney's Fort, and other locations. Early mills made lumber, flour, and cloth. Southwestern University, heir to charter granted by the Republic of Texas in 1840 to Rutersville College, was established in Georgetown in 1877.

Settlers were mainly of Anglo-American, Czech, German, Mexican, and Swedish ethnic groups. Eight incorporated towns and many smaller communities have developed. Population increased to 38,000 (with 15,000 registered voters) by 1970. This courthouse -- built in 1910 at cost of $96,000 -- is the third for the county. C.H. Page was architect. (1970) Supplemental plaque: African Americans, the largest ethnic group among pioneer settlers, comprised ten percent of the county's population in 1850 and more than nineteen percent by 1860. 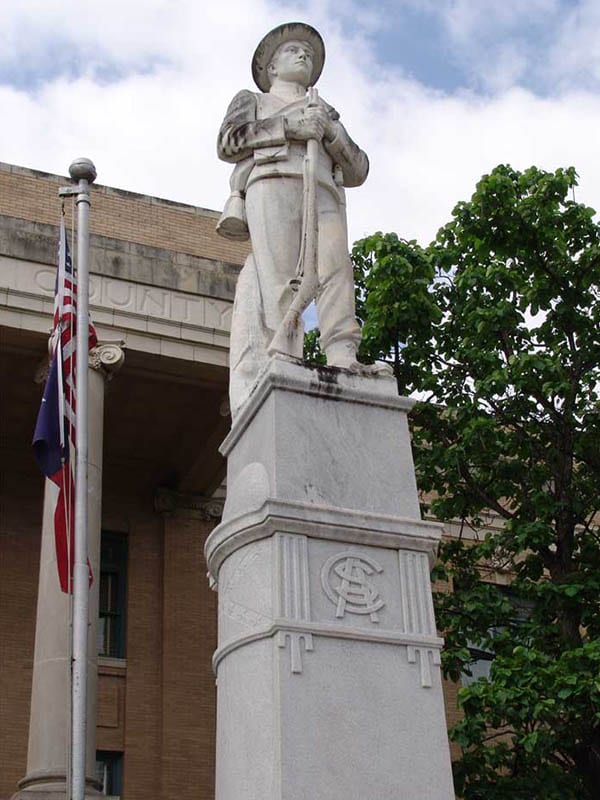 West side courthouse grounds
(on the square) 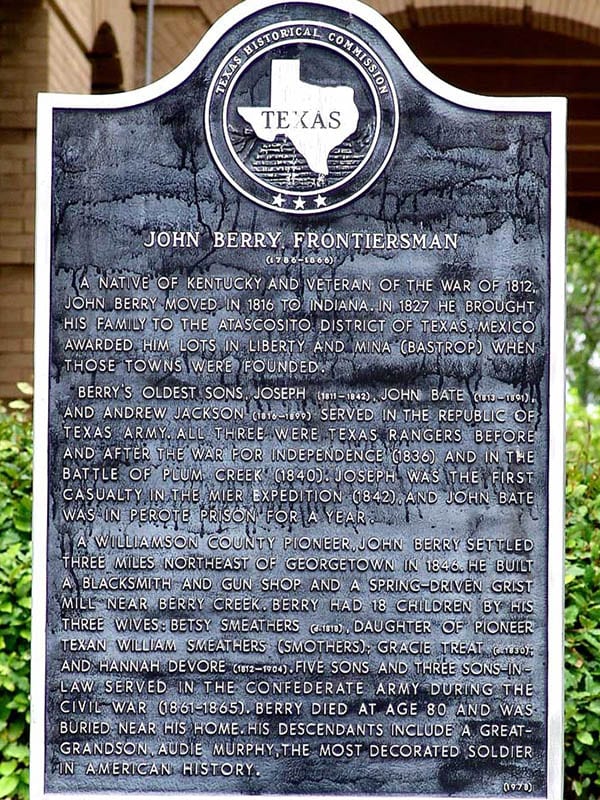 Harry L. Gold
This statue and marker has been moved to the front of the visitor center on 7th and Main St

The John Berry marker has been moved to