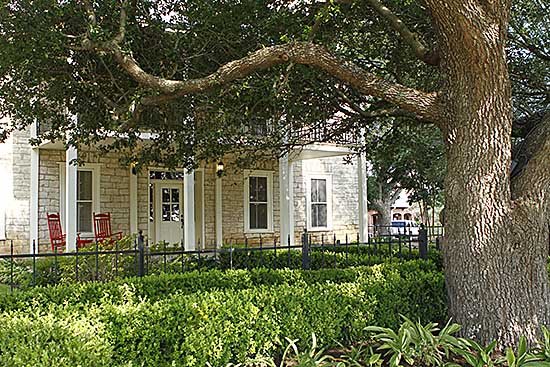 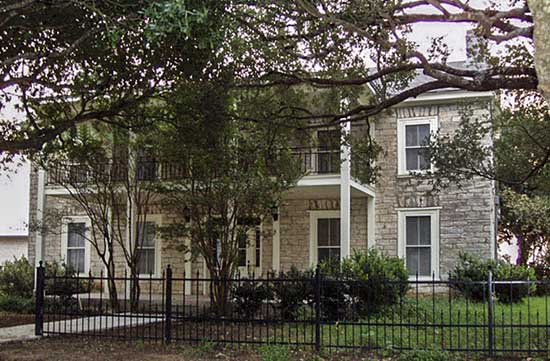 This property was purchased in 1857 by Thomas Jefferson Caldwell from Mrs. Anna Palm and her oldest son, Johannes.

According to the history written by Miss Anna Letitia Palm (the last of the Palms to live in the house and a granddaughter of T. J. Caldwell), the house was started in 1860.

The Cedar used in the foundation and for the rafters and the floor joists was cut from the trees on the property; and likewise, the rock for the walls was quarried from the grounds, and the lime was made on the place. The interior trim was hauled by mules from Huntsville, Texas, by "Old Uncle Abe" and other trusted slaves. These slaves also helped to build the house.

In 1892 Swen William Palm, who married Mary Caldwell, bought the property from the Caldwell Estate, and it remained in the hands of their descendants until January 1961.

The house is known as the S. W. Palm House, and the property is known as Caldwell Heights.

Reference Data: SWEDISH COLONIST IN TEXAS Inscription
House Built in 1860 by T. J. Caldwell from materials found on the property and restored in 1961 by Mr & Mrs. John H. Nash,