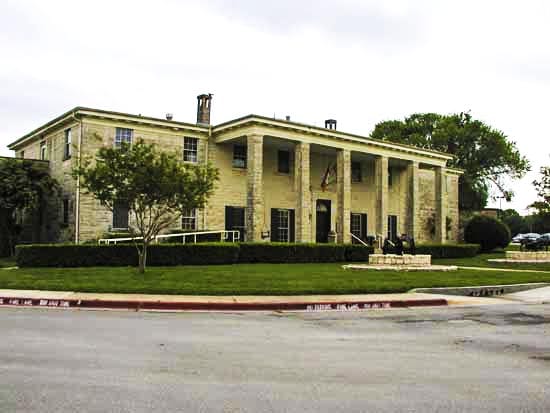 This fraternity was founded in 1865 by former confederate soldiers at Washington College in Lexington, Virginia, during the administration of Robert E. Lee. XI Chapter was founded at Southwestern University on November 28, 1883, by Alexander S. Walker and Frederick C. Procter of the Kappa Alpha Chapter at the University of Texas. XI Chapter met secretly until 1887 when faculty anti-fraternity laws were rescinded. The first fraternity house was built in 1895. Throughout its history XI Chapter has produced numerous distinguished alumni.

Kappa Alpha Order was originally founded at Washington College, Lexington, Virginia, on December 21, 1865, immediately after the Civil War and during the college presidency of General Robert E. Lee. Three of the original founders of the fraternity had been Confederate soldiers, and the imprint of Lee's character was left upon them while students of the college set the tone of the organization, which continues to this day. Samuel Zenas Ammen, one of the founders, has described the mission of the organization as:

An Order of Christian Knights pledged to certain ideals of character and achievement. Its environment had determined its nature. Conceived at a college of which Robert E. Lee was president, at the close of a fateful military conflict; in the Valley of Virginia made dear to Southern hearts by its vigor in battling for Southern rights; insight of the ruins of the Virginia Military Institute, plundered and wrecked by the infamous Hunter's invading force, [3] among people with whom Stonewall Jackson lived until duty called him to arms, and near the spot to which his body was brought for sepulture after Chancellorsville--with this environment, it was but natural that the Order should be of a semi-military type and have for its aim the cultivation of virtues and graces conceived to be distinctively Southern. It was not an importation; it was racy of the soil that gave it birth. Southern in its loves, it took Jackson and Lee as its favorite types of the perfect Knight. [4]

In the years after the Civil War, Kappa Alpha Order established chapters in colleges across the South, along with other expanding college fraternities.

At the time Kappa Alpha Order was organized at Southwestern University there was no other fraternity in active existence at the institution.

There had been organized in 1882 a chapter of the long since defunct Rainbow Frater­nity. This group was suspended in 1883 due to faculty opposition, revived in 1884, and enjoyed a spotty existence until 1886 when several of its members joined the newly formed Texas Gamma Chapter of Phi Delta Theta.[10]

The original laws of Southwestern University read: "No secret societies are countenanced." Opposition to fraternities at the university was strong, both by the regent, Dr. Francis Asbury Mood, and by the faculty. For three years, Xi Chapter Kappa Alpha Order operated sub rosa, meeting irregularly, in constant fear of discovery and suppression. Yet slowly, it grew and became reestablished. [13] On May 24, 1886, it was reported to the faculty the existence of two secret societies at the university. At that time, there were actually three: Kappa Alpha, Phi Delta Theta(1886), and Kappa Sigma(1886).

During the session of 1886-1887 the faculty took active steps for the suppression of secret societies.

Active membership disqualified the student from receiving university honors or appearing in public exercises. However, students who withdrew from the societies prior to the end of the first semester could have all honors and privileges restored. After some token compliance, the fraternities were back in operation by the end of the school year. At morning prayers, April 14, 1887, an announcement was made that all members of secret societies would give up their charters and end affiliation with the organizations by evening prayers or be expelled. Again the fraternities complied but continued their fight by taking their case to the Board of Curators on June 6, 1887. The Board of Curators deferred authority over the fraternities back to the faculty, and immediately the fraternities petitioned the faculty to remove the legal barriers against their existence. On June 17, 1887, the faculty met and voted resulting in a tie, whereupon the Regent cast a vote to break the tie. He did so in favor of recognition, and the anti-fraternity law was repealed. Kappa Alpha was on longer sub rosa but recognized and legal. [14]

In 1893 members of Kappa Alpha were granted permission by Southwestern authorities to escort young ladies of the town to social events in private homes. The first co-ed party on campus occurred in 1896 when Kappa Alpha "Southern Gentlemen" successfully petitioned the faculty to allow young ladies of the school to attend an entertainment in Mrs. Mood's home. The affair was heavily chaperoned, and the woman students were escorted to and from the affair by a teacher. [15] Thus began the parties and socializing enjoyed by the fraternity to the present. Early catalogs indicate that the first Kappa Alpha chapterhouse was built and owned by the chapter in 1895. [15] The present Kappa Alpha house was completed in 1962.

Over the ten decades of its continuous life, the Xi Chapter of Kappa Alpha Order has provided distinguished alumni throughout Texas in major professional fields. Its ranks have included doctors, lawyers, academics, clergymen, and successful businessmen.