Located on land originally granted to George Washington Glasscock, the Wilson Spring Cemetery was established by the family of John S. Wilson, who purchased the land in 1854. His brother, Robert W. Wilson, acquired the land in 1857, and a community which built up in the area of a nearby spring became known as Wilson Spring. John S. Wilson was the first to be buried on the family farm in 1874. The land was formally deeded as a public cemetery in 1899 and served as the burial place for the Wilson family and their neighbors. (Marker No. 15206)

Located on land originally granted to George Washington Glasscock, the Wilson Spring Cemetery was established by the family of John S. Wilson, who purchased the land in 1854. His brother, Robert W. Wilson, acquired the land in 1857, and a community which built up in the area of a nearby spring became known as Wilson Spring. John S. Wilson was the first to be buried on the family farm in 1874. The land was formally deeded as a public cemetery in 1899 and serves as the burial place for the Wilson Family and their neighbors. 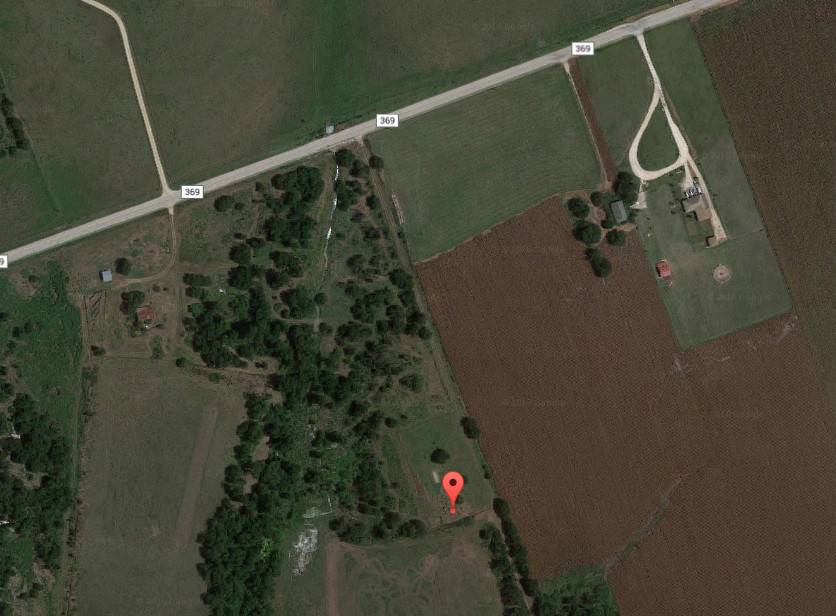 The Wilson Spring Cemetery, a well-kept county graveyard which is not visible from the road, lies northwest of Taylor on County Road 369. It can be reached from the Taylor city limits by way of County Road 369, going north for 2.8 miles, then left (west) for 9/10 of a mile to the gate, which is marked. From Hutto, one can take Highway 79 for 6.1 miles, from Frame Switch turn left (north) on County Road 101, follow it for two miles to County Road 369, continue on that for 1.7 miles, turn right (east) and travel .7 of a mile to the cemetery gate. [1] Sixty-one people are buried in this secluded spot.

The story of this cemetery, its location, and those who are interred there begins with George Washington Glasscock, the man for whom Georgetown is named. Glasscock fought in the Texas Revolution and received the usual league of land from the Republic, which in 1838 he chose from what became Williamson County in 1848. He surveyed more than 200,000 acres in Central Texas and engaged in land 'deals for years. [2]

In 1849 John Gooch, who was the County treasurer, bought some land from Glasscock and built a corn mill at the spot, which he called Mill Hollow or Mustang Springs. [3] In 1851 he transferred the title to Ben Gooch, who in 1854 sold the property to John S. Wilson. [4]

Texas from West Virginia with his two sons, James M. and Charles B. The property was deeded to Robert in 1857. The sons bought rock from Round Rock kilns and by 1870 had completed a sturdy rock house; meanwhile, the waters had become known as Wilson Spring. [5] The house is still there, up a hill from the springs, and the slits in the walls for firing at marauding Indians bear witness to those early days. The community which gradually grew near the Wilson home was also called Wilson Spring.

Robert Wilson and his sons had worked in Virginia before coming to Texas. In payment for installing some new telegraph lines, they were given the old wire, which they brought with them. With it, they enclosed 40 acres, the first fenced property in Williamson County. The wire had to be put through holes drilled in the fence posts since staples were not in use then. [6]

At the outbreak of the Civil War, the sons of Robert Wilson enlisted in the Confederate Army. James was killed on April 4, 1864, in the Battle of Mansfield in Louisiana. He had been the Color Bearer of the Seventeenth Texas Volunteers of the Confederate States of America, and a cenotaph bearing his name is in the cemetery. [7] His brother, Charles B., survived the war with a distinguished record of service. He had enlisted as a private in Shelby's Brigade, which fought in encounters too numerous to mention, during which he was steadily promoted to the rank of 1st Lieutenant; after one battle, he was the only surviving commissioned officer. [8]

When John S. Wilson died in 1874, he was buried in the ground which rises a short distance east of the springs; on this occasion the Wilson Spring Cemetery came into existence.

[9] Robert Wilson, who died in 1880, was the second to be buried there. A cousin who was a veteran of the Civil War is there; Edward G. Massie, who came with his wife from West Virginia in 1880 to live with the bachelor Charles, was a Sergeant Major of the Twelfth Virginia Cavalry. A veteran of another war lies there, Frank Combest, a private of the famed 36th Division in World War I. [10]

On the 10th day of March 1899, Charles B. Wilson signed a deed which began as follows: "Whereas my Father and Uncle and various of my friends and neighbors are interred in the hereinafter described tract of ground, and I myself hope and expect to be also therein buried . . ". It stipulated that the tract should be '"a public cemetery" . . ." for the white residents of said Wilson Spring neighborhood, their descendants and successors, forever; . . ". Following the surveyor's notes, Mr. Wilson added that "said tract of land shall always be used as a cemetery and place of burial, and for no other purpose whatever.” [11]

Mr. Wilson's gift to the Wilson Spring's neighborhood served that community throughout the latter part of the nineteenth century and the first half of the twentieth.

The most recent date on a tombstone is 1943. Maintenance has been provided over the years by the owners. A member of a long-time resident family is now employed by succeeding generations to keep the cemetery in good condition.

Mr. Wilson's death in 1916 was commemorated in the Taylor Daily Press in a lengthy obituary which said in part: "The great crowd of people that came from far and wide to pay their last tribute to the memory of this community's earliest settler and revered citizen attested as no words can express the universal esteem and admiration in which he was held by his great host of friends and acquaintances . . . His character was faultless, and he was a true gentleman of the old Southern type. He was kind and generous by nature . . . and scores of friends will mourn his demise."12

Following the sermon and the Masonic rites, Mr. Wilson was laid to rest where he had hoped and expected to be, in the Wilson Spring Cemetery.