The Historical Marker is missing

ETCHED ON CENOTAPH (Memorial Obelisk #2) near the site of Bower Cemetery:

WCHC’s Vol III, pg 237:  known as Washington Bower Cenotaphs “Cenotaphs & Unmarked Grave (buried near the site of the cenotaph) LUCINDA RUCKER MILLER 1783-1850.  Located near frame house of that name about 1/2 mile from Lawrence Chapel Cemetery.  Two new monuments probably erected by John Poindexter Landers (son of J.H. & M.G. Landers) in 1968 at the time some repairs were made to the frame house [733 CR 479] thought to be the oldest frame house still standing in Williamson County.”

2017:  One of the cenotaphs — Memorial Obelisk #1 (is listed as a PRIVATE historical marker) was moved about 2013 to Adam Lawrence’s log dog-run house on CR 473 near Lawrence Chapel Cemetery.

Coordinates are at the entrance gate of Washington Bower house property–can see the monument from the gate. 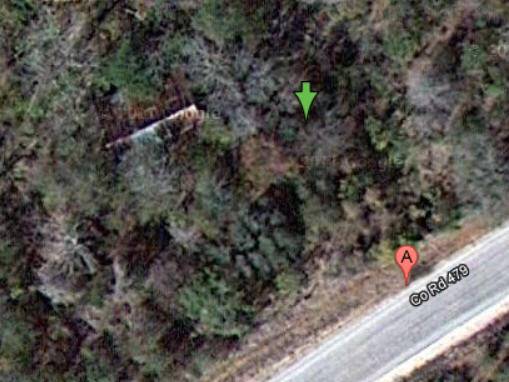 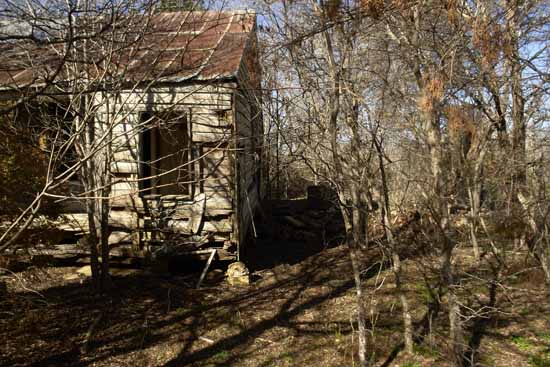 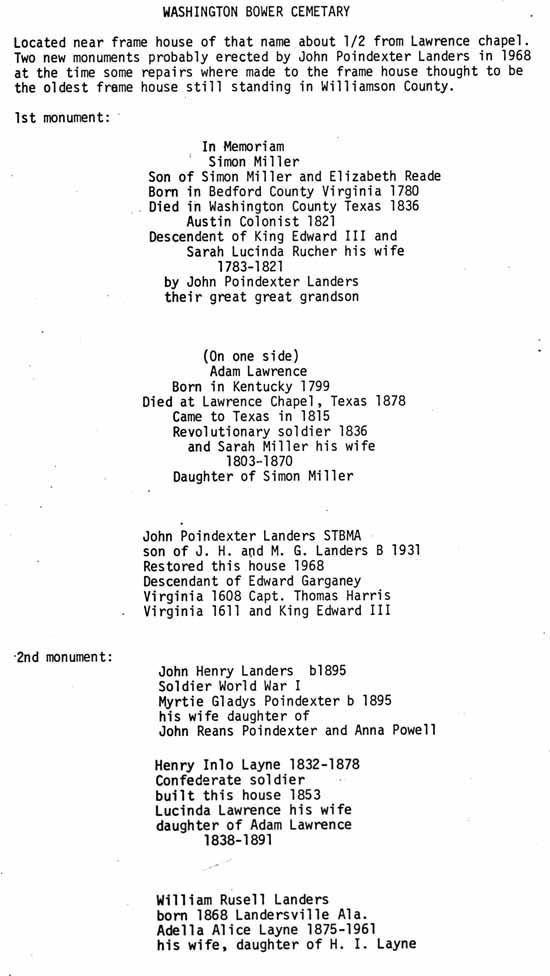 The tract of land where Washington Bower is located is part of a survey of about 3000 acres given by the Republic of Texas to Simon Miller, Jr. in 1838 as his headright augmentation. Simon Miller, Jr. was a member of Stephen P. Austin's second colony and received his first headright of a league in Washington County in 1831. His father, Simon Miller, Sr., was one of Austin's Old Three Hundred and came to Texas from Arkansas in 1821.

Adam Lawrence, another member of Austin's second colony and veteran of the Texas Revolution, married Sarah Miller, daughter of Simon Miller, Sr., about 1830 in Washington County. In 1838 he moved from Washington County to this Simon Miller league, then owned by his brother-in-law, Simon Miller, Jr., in present Williamson County. In that year, he built a story and one-half, double log house, which still stands and is now used as a barn. Lawrence gave land for the establishment of a Methodist church and cemetery, and a community, first called Cross Roads and later Lawrence Chapel, grew up around it. In the 1850's it boasted several stores, a Masonic Lodge, and a post office as well.

In 1853 Henry Inlo Layne (1832-1878), a young planter from Washington County, married Lucinda Lawrence, the daughter of Adam Lawrence and tame to live at Lawrence Chapel on land still owned by his father-in-law, Adam Lawrence.

After building a crude log cabin as a temporary residence, Honry Layne and two slaves of Adam Lawrence began construction on a frame house late in 1853. Since farming and ranching activities had to be carried on simultaneously, the house was not completed for a year or two. It was built on a foundation of hand-hewn oak beams and framed of cedar and oak out of place. The weatherboarding was sawed in Brenham and hauled to the site by ox wagon. The bricks for the two chim­neys and for the deep underground cistern were made by the slaves near the site. When finished, the house was the first frame dwelling in the area and bore a resemblance to many houses in Washington County and the older south.

Henry Layne named his house Washington Bower because of his fondness for his boyhood home in Washing County and for a number of rosebushes, which he brought from there and planted around the new home. (The original Wash­ington County line came within a few miles of Lawrence Chapel.) It was a typical small planter's house with certain Greek revival elements. It faced southeast atop a high hill. The front gallery had a small room on either side. The one on the right opening onto the gallery was called the Stranger's Room aid was reserved for traveling guests or otherwise used by children in the family. The one on the left opened into the house and was called the office, being a study and office for Henry Layne. Behind these rooms and the gallery were large rooms side by side, each with a capacious fireplace and each room measuring 18' x 18' with 10' ceilings.

One was a parlor and one was a bedroom.

Behind these large rooms were a row of small rooms, two of the bedrooms, and one storeroom. This is all that now remains of the original house. Once, however, there was a wing at the back containing a dining room and kitchen.

Of the original shrubs and trees planted by Henry Info Layne, a large cedar, two pomegranates, and a crepe myrtle still grow in the yard. There was once n "summer house" or "gazebo" near the house.

Among the many visitors to the house in the subsequent years, the most noted was Robert E. Lee, who, as a colonel in the U.S. Army, was stationed in Texas at various times in the 1850s. In 1857 he spent the night at Washington Bower and so impressed Henry Layne that the latter named his next son Robert E. Lee Layne in 1858. The child may have been Lee's first namesake.

Beginning in 1856, Adam Lawrence deeded much of the land of the Hiller league, which he had bought from Simon Miller, to Henry Layne. By the time of his death in 1878, Layne owned over 1000 acres and owned four slaves until their emancipation in 1865. He had become a prominent mason and Methodist layman as well as a successful planter and accomplished cabinet maker. During the Civil War, Henry Info Layne became a private in Company H, 20th Regiment, Texas Infantry of the Confederate States Army, and as such took part in the Battle of Galveston in January of 1863. During the war, he furnished cattle to the Confederate Army. Throughout his life, he possessed a decided artistic bent, loving poetry, painting, and music. He played the guitar and organ and sang well. Upon his early death in 1878, he left his property in the custody of his wife, Lucinda, to be divided among his children at their maturity.

In 1866, discouraged at the outcome of the War Between the States, Adam Lawrence had left Texas and had settled in California. Returning to Texas as an impoverished old-man about 1872, he lived with his daughter and favorite son-in-law at Washington Bower until his death later in 1878.

When Lucinda Layne died in 1892, the land had boon divided among her nine older children with the exception of the house and 120 acres around it. Those she left to her two remaining children Harriet and Adolla Alice Layne. In 1893 Adolla Layno married William Russell Landers at Washington Bower. There their two eldest children, John Henry Landers and Lillian Leo Landers were born in 1895 and 1897 respectively.

In November of 1897, William and Adella Landers sold Washington Bower to the Simmon’s family. It remained in that family until about 1965 when it was purchased by W.L. Smith and Max Noe of Austin. In December of 1968, it was purchased from Smith and Noe by John Poindexter Landers, son of Myrtle Poindexter and John Henry Landers and great-grandson of the builder, H, I. Layno. It was declared a Texas Historic Landmark in January of 1971.